Is your Social Networking Effective? 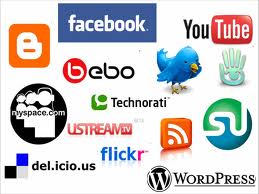 Over the past few years, networking has taken on a whole new meaning. Social networking sites are rapidly becoming the ‘go to’ for people to interact with friends and colleagues. Sites like Twitter and LinkedIn make it easier than ever to ‘follow’ your favorite companies, brands, and people. But is this new networking as effective as face-to-face communication? Is there a way to gauge its relevance and long-term effects? It can be difficult to predict the future, but I think it’s safe to say that social media is expanding – and the best is yet to come.

Though I have multiple social networking accounts, I admit that I don’t always know the best way to network. I routinely reach out to others who are social media experts and love to hear from people who have had success through online networking. It’s proof that networking is worth the effort.

This article provides tips to getting started if you’re new to social networking. To ease yourself into social networking, I suggest sharing videos, articles, polls, and current events on a few social networking sites of which you are a part. (If you haven’t tried social networking yet, peruse a few sites to see which best fit your needs). I recommend starting with a simple share (or commenting on others’ updates) because often friends-of-friends may join in on the conversation. In one easy step, you’ve increased your network. If you post about your alma mater, region, or career field, odds are that you will attract like-minded followers. You can add a line to your post summing up your thoughts and asking for feedback from others. By keeping the conversation civil and mature, it shows that you are interested in current trends and others’ opinions.

Once you've put your toe in the social networking water, follow companies that you are interested in learning from. You can start with your career field and follow the examples of 'social media' experts. If someone has many followers or friends, find out why. Most likely, those people stay on message and keep updates brief and to-the-point.

Many believe that social networking is as effective as traditional networking. Like anything, you have to work at it. If you put as much effort into your networking as you do your job search, I think you will be successful.

What is your experience with social networking? Do you use it to meet new contacts? Let me know in the comments section.