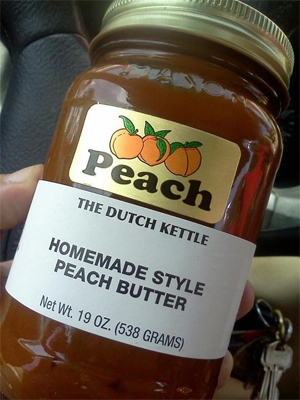 Last week my fiancé and I drove from northeast North Carolina to south Florida. It was over 15 hours each way not including pit stops. Like most travelers to the sunshine state we took I-95 the majority of the way.

Not too long after jumping on the major interstate we started to notice billboards for one of the most notable pit stops on the east coast, South of the Border. No, not the Mexican border as you might assume by the giant sombrero sign and the theme of the entire assortment of shops and activities.

The exit for South of the Border is 2 miles after crossing into South Carolina but the 150 billboards start as far north as Philadelphia and run the northern route from Dayton to Dillon, South Carolina. The cost to maintain the billboards costs a pretty penny. It’s worth it though if people stop right? And they do. South of the Border has grown from a beer stand to a $40 million business over the past 60 years.

Like many of our fellow travelers we pulled over to see what all the fuss was about. After using the restroom and stretching our legs while souvenir shopping we snapped pictures with a psychedelic buffalo, grabbed two 10 cent post cards and got back on the road.

Once we were back on southbound I-95 the South of the Border signs no longer counted down the distance for us. However my fiancé noticed something else as we continued on our way. A small hand painted sign was stuck high in the trees that said Peaches.

“I wonder how they got that up there,” He mused. Then a little further down the road there was another small hand painted sign in an equally impossible location. Then there was another and another. Nothing elaborate or colorful or catchy like the famous South of the Border signs just a simple piece of wood whitewashed with types of fruit scrawled in red spray paint.

The handmade signs continued for over 100 miles and began to increase in frequency as we made our way into Georgia. Finally a large piece of plywood alerted us “Peaches Here!” so we pulled off a second time to see what the signs that had caught our attention were all about.

What we found was the opposite of our experience at South of the Border. It was a miniscule fruit stand loaded with peaches, pastries, jams and jellies and that was pretty much it. My fiancé commented that “there was more wood in the signs than in the stand.”

I’m not much of a cash person so I only had a five, a one and a one hundred dollar bill on me but I wanted to buy something because they had gone to so much trouble to hang all of the signs. I asked the attendant about prices since I was keen on grabbing a jar of peach butter. I’ve always been a fan of apple butter but have never tried the peach version so that’s what I had my eye on.

Unfortunately, everything cost at least $7 and I didn’t think he’d be able to make change for my larger bill. To my surprise he said, “Sure, no problem,” when I asked if he could break a hundred. What luck I though until I turned around and saw that a long line of customers had formed behind me, all of us drawn in simply by the hand-painted signs along the highway.

So the moral of the story is: big or little it doesn’t matter the size of your business or your advertising budget, just get your name out there anyway you can. If you build it and brand it, they will come.

Follow the money: These are the stocks Canada's biggest investment ...
news via Financial Post - Top...
Nature to add open-access publishing option in 2021
blog post from Inside Higher Ed | News