J.C. Penney Scales Back in Hope of Recovery 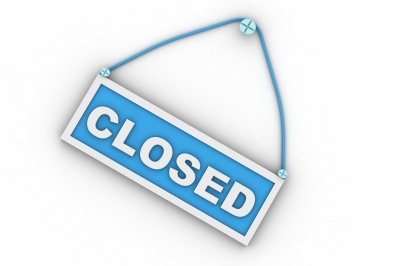 Recent J.C. Penney news has been anything but good for stockholders after the last two years have seen sales plunge by 31 percent. There is a ray of hope on the horizon because former CEO Myron Ullman has taken back the reins in an attempt to make what was once an improbable retail comeback. He will have to make some painful cuts and scale back quite a bit before the J.C. Penney news of the day turns from dour to optimistic.

Ullman was the CEO of Penney's for many years, using coupons and discounts to drive healthy sales and profit margins. Under his tenure, the company successfully transitioned its catalog sales to an online retail business. In fact, the company has been online since 1995, years before many of its closest competitors even thought of opening up Web-based versions of their stores. Sales were brisk, but Ullman was replaced by former Apple executive Ron Johnson who tried to take the company to a slicker, high-end place with products by Martha Stewart and Robert Graves among others. Unfortunately, the core customer didn't like the changes, and soon most J.C. Penney news was about the company's sliding sales. Stock value took a dive by as much as 75 percent, causing industry insiders to predict that the company was on its way out.

In April 2013, Ullman returned to a company in shambles with little good J.C. Penney news to be had. He was tasked with leading a Herculean effort to mount a retail comeback despite a lack of consumer confidence. He made a few changes to repair Johnson's missteps, including scaling back several deals with big name designers that didn't fit with what the base customers desired. He also announced that thirty-three stores would close by May 2014 in an effort to save money. This J.C. Penney news regarding cutbacks was not a surprise and was actually long expected by retail insiders.

The biggest problem that Ullman will have to tackle is the online side of the business. The JCP.com website used to be very profitable, accounting for 15 percent of the company's total sales. In the last decade, that number has fallen to just 8 percent of overall sales. The online J.C. Penney and the brick-and-mortar version are very disjointed right now, a problem that Ullman has promised to fix with the use of a special team he put together. The team will also have to increase the retailer's social media presence because lots of sales are being driven by social media.

With former CEO Myron Ullman returning, J.C. Penney may make a recovery rather than fading away. Ullman has a big job ahead, but he seems to understand what needs to be done and has teams in place to do it. If he is successful, J.C. Penney news may start coming with a silver lining or turn positive altogether.