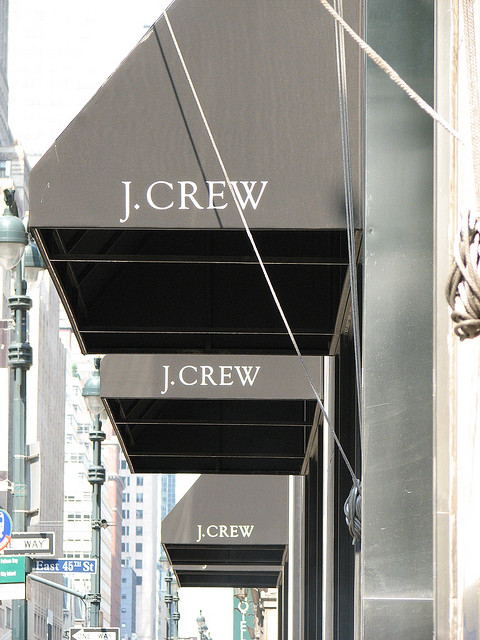 J. Crew is a popular retailer among young to middle-aged adults who prefer a casual yet sophisticated style. While many of its direct competitors have sought to capitalize on the athletic wear trend, stocking athletic pants, shirts and shoes in addition to day and evening fashion, J. Crew recently announced that they will not offer sportswear any time in the immediate future.

J. Crew was reportedly working on designs for sports and yoga clothing but dropped the project after realizing the company didn’t have the required expertise to market and sell them. Even though these items are becoming increasingly popular for wearing not only to the gym but also in public, J. Crew plans to focus on its professional attire. This appears to be a successful approach, as CEO Mickey Drexier stated that the company opened 134 new stores between 2011 and 2014, many of which are located in shopping malls.The company released a statement saying that it was “pretty satisfied” with the variety it offers in its stores and online. J. Crew will focus on continued expansion without potentially sacrifice quality and design. The company also wants to look deeper into increasing the foot traffic in malls that house its stores, as that decreased 3 percent in 2014.

Many consumers see this as a missed opportunity for J. Crew as athletic attire becomes more prevalent on the streets and even, at times, in the office. Consumers have been increasingly choosing sneakers and yoga pants over leather shoes and slacks. Activewear sales increased 7 percent from June 2013 to October 2014, according to NPD Group. Retailers are noticing and hopping on the bandwagon in order to cash in on the trend. Being on trend is especially important in the current retail climate, as exclusively online retailers and low-cost chains are continuing to take market share from traditional sellers. Without the cost of overhead and extensive staff, online-only retailers see more benefit from doing their business without a storefront.

J. Crew is well known for having a variety of expensive basic pieces and accents. Younger professionals often find that J. Crew’s selection is more in line with modern styles that don’t come off as too formal or stuffy. J. Crew also has a varied selection of business casual attire, which tend to fit in more with businesses that have adopted a less formal dress code.

Though J. Crew may have missed an opportunity by not branching out into athletic wear, focusing on a niche market and playing close attention to design and product quality is a strategy that can differentiate it from others who simply follow trends. J. Crew is wants to continue to meet the needs of its current consumers and stick to what it does best: business casual attire suited for younger professionals.