Janitors With Doctorates? Is College A Bad Investment In Today's Job Market? 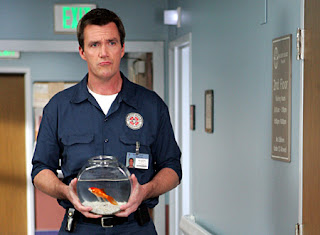 Tuition costs are on the rise, and unemployment rates for recent college graduates are at an all time high. In fact, recent statistics are putting the rate at 4.4%. Student loan debt is skyrocketing and many people are wondering if college degrees are becoming less relevant.
In a recent article by goodeducation, they report that seventeen million college graduates are underemployed. This means that they are working in jobs that don't effectively use the skills they learned in college. What's more, the bureau of labor reports that 11.5% of shampooers, 15.2% of taxi drivers, and even 11.5% of manicurists have college degrees. What I find even more shocking, is that over 5,000 janitors in our country have PhDs. When the janitor has a Doctorate, what chance is there for those of us without a degree?
What makes this whole situation worse is that the average student debt is $30,000, and tuition costs are still rising. In fact, experts are predicting that very soon, student loan debt will exceed our nation's credit card debt. In spite of all of this debt, students are still having trouble finding jobs.
Because of this, fewer Americans believe that college is a good investment. More than two million students enroll in college every year, and 1/3 drop out before the second year. In fact, over half of all students take more than six years to finish their degree.
Many experts have different theories on why college grads aren't able to find work. Some argue that college degrees don't actually prove any real learning. They claim that students are being pushed into college because continuing their educations is what they are "supposed" to do. In late 2009, Time reported that there was an oversupply of college graduates.
For those who already have degrees and are having trouble finding a job, it might be helpful to attend graduate school and select a major that is more employable. Generally, science, technology, engineering, and mathematics are degrees that are the most employable.
Of course, it's hard to put a price tag on the value of education for your own personal growth. But, when you're dealing with student loan debt and underemployment, it is hard to say that the liberal arts college was worth it.
Are you looking for a job in Finance? Be sure to check out FinancialJobBank.
By Melissa Kennedy- Melissa is a 9 year blog veteran and a freelance writer, along with helping others find the job of their dreams, she enjoys computer geekery, raising a teenager, supporting her local library, writing about herself in the third person and working on her next novel.