Job-Seeking Boomers: Do You Fit the New Corporate Culture? 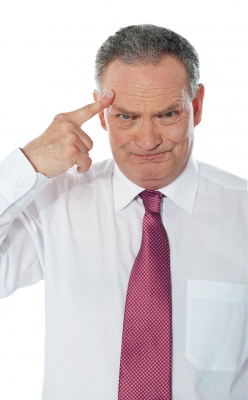 If you’re a boomer (over 50) looking for a sales job, you’ll have to come to grips with the fact that most employees you’ll be working with will be younger than you. The boomer-millennial clash is becoming increasingly prevalent as more firms hire younger workers to replace retirees and outplaced seniors. According to the Harvard Business Review, in four years millennials (those born between 1977 and 1997) will make up nearly half of all employees worldwide. In some companies, that’s already the case. So how to cope? Some suggestions:

Younger workers, especially those recently out of college, often eschew face-to-face and conference room meetings. They prefer to share ideas over the web using Google documents, Skype, video conferences, IMs and texting. If you expect to work alongside or even under a millennial, you’ll need to adopt the tech communication tools and strategies being adopted by many of today’s companies.

Don’t be a “Helicopter Manager”

Many boomers (and you may be one of them) see millennials as coddled, entitled and entitled to attaboys just for showing up for work every day. This has prompted boomers to become hovering micro-managers. Millennials see this as a turn off and will do what they can to avoid you. It reminds them of their parents when they were teens (which is not that long ago for many).

Freshen Up Your Image

If you move, talk and look like a 90-old narcoleptic, it may be time for an image makeover. If you grunt, groan and talk to yourself—don’t. If you need a hearing aid, get one that’s barely visible. Dye your hair to get rid of the grey. Stop smoking (there’s no place to smoke anymore and it smells up your clothes). Guys, ditch the POW stubble—millennials can pull it off, you look homeless. Ladies, shorten the hair—millennials can have locks longer than their shoulders, you look better with a shorter cut. Ladies and gents, if you’re out of shape and out of breath, get a gym membership with a personal trainer who specializes in working with older clients. And definitely ditch any youthful slang terms like “awesome.”

If you’re like most boomers, you respect hierarchy, adopt a team attitude and are more than likely a workaholic. If you work in a millennial culture, you’ll have to respect the attitudes of a me generation that values creativity above structure, is increasingly self-reliant, and believes in doing a job without daily praise and feedback. Brad Szollose, author of "Liquid Leadership: From Woodstock to Wikipedia," believes boomers can learn a lot from millennials. "I like to propose something called reverse mentorship," Szollose said. "This is where, instead of standing there and mentoring to the younger group, you reverse it and you start listening and allowing the younger groups to mentor you. The purpose of this is to pick up on new technology, new methodologies for working and new training ideologies."

If you’re a boomer looking for a job, or you just landed a job populated mostly by millennials, there are some things you’ll have to change to fit in with the company culture.