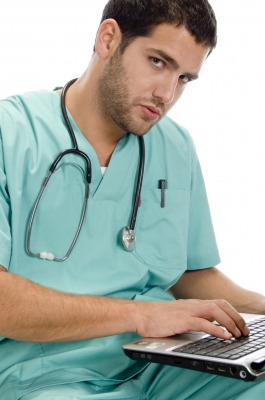 New doctors have their choice of positions when they leave residency, according to a 2015 survey by Merritt Hawkins, a physician recruiting firm. More than half of the residents surveyed received 50 or more job offers. A strong market for doctors means new physicians can be choosy when deciding where to work but also points to the likelihood of physician shortages in the future.

More than one-third of the new doctors surveyed are considering hospital positions. Regular hours, call coverage and a supportive work environment make these positions desirable to those leaving residency looking for a better work-home balance. Gone are the days when making money was the biggest motivator for new graduates. Doctors today hope to do valuable work while still having an outside life, and they are willing to work part-time and seek out ideal positions to do it.

Few new doctors choose to work in rural environments, and many are reluctant to strike out in private practices. A lack of support, minimal call coverage and the amount of management required make private practice jobs for physicians particularly undesirable, and the trend is for new doctors to seek positions where they do their work and then go home. Rural areas are already feeling the effect of a lack of physicians, and small towns may need to develop programs to train their own doctors in return for a few years of service to mitigate this problem in the future.

In spite of the abundant job market, many new doctors have some regrets about their career choice, with 25 percent of those surveyed saying they would choose a different career if they were starting over. New doctors have less compassion than when they started medical school, and many are starting their careers in debt from large student loans. Long residency hours coupled with escalating stress levels and worry about the effects of the Affordable Care Act on the profession leave those finishing their residencies uncertain about their futures.

To prevent a more severe physician shortage, it may be necessary to take a look at the traditional medical education and work to make it more resident friendly. If the Affordable Care Act continues to increase the need for new doctors as predicted, current training programs are likely to have difficulty keeping up. One possible option is for more nurse practitioners and physician assistants to take over some of the traditional medical duties associated with physicians. This is likely to create a job boon for health care workers across the field in addition to doctors.

As jobs for physicians grow, new doctors leave their residencies with a wealth of positions from which to choose. Jobs for physician assistants and nurse practitioners also are on the increase to fill in gaps left by the physician shortage. New doctors can expect continued job growth through the 2020s as health care coverage expands.