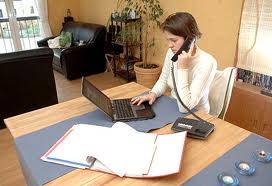 You beat the odds in this upside down economy.  You not only held on to your job but got that promotion you wanted. The salary’s good, the perks are nice. The last thing you want to do now is blow it. Some guerilla survival tips:


Micromanaging. It’s tempting to still do all those little chores yourself. I know, I’ve been there, done that. Making copies of important documents, setting up and organizing files on the computer, arranging meetings and doing the countless little things your staff can and should do. Even if you’re a perfectionist, you have to resist the urge. Your job now is to delegate. You’re still responsible for what your staff does, so make sure they know what’s expected of them. Other than that, you’ll just have to let go.

Fraternization. Even if you were drinking buddies or chatty party buddies off hours, you’ll now have to put a little daylight between you and your troops. You can’t make the mistake of still being overly friendly with some while ignoring others. At work, everyone must be treated equally. You can’t invite your buddies (now under you) into your office for non-work related chats. It only creates resentment among your other troops. This may cause a strain in some relationships, but that’s the price you pay for being promoted.

Rudderless Leadership. Don’t assume that those now under you know what’s expected of them. “Just continue what you’ve been doing” is a poor leader’s cop out. Gather everyone into your office or conference room and let them know what your general guidelines and procedures will be under your leadership. Follow up with a one-on-one for each person under you, explaining in detail what you expect of them and the specific procedures for their job. One caveat here: Don’t make any sudden and drastic changes to procedure. Let the troops get used to you first; then slowly implement the changes you need to run things the way you like.

Ignoring Rewards/Discipline. Don’t just hide in your office, even if things seem to be going well. Your staff will want to know if they’re meeting your expectations. Tell them. Be eager and ready to hand out compliments for jobs well done.  Motivate achievers with positive feedback. On the flip side, don’t shy away from pointing out problems. Do this one-on-one with any underperformers. Follow up with training and specific guidelines to correct any problems.

Fear of Firing. The time will come when you’ll have to let someone go. Don’t fight the process. Or assume that the problem will work itself out. A bad apple will eventually spoil the entire barrel.  If, after several warnings and extra “training,” your problem employee is still a problem, it’s time to let him or her go.

Every promotion has its challenges. But with perspective, preparation and the right attitude, you can and will succeed. Comments? Add them to the box below.

THE TAKEDOWN OF TRAVIS KALANICK: The untold story of Uber's infight...
news from Markets
Meet Brock Pierce, the Presidential Candidate With Ties to Pedophil...
news via Yahoo News - Latest...