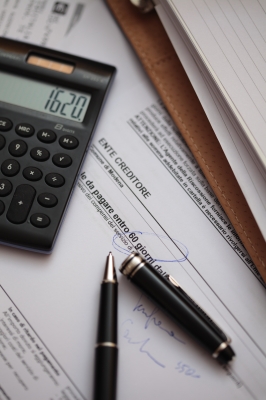 The series of examinations administered by the American Institute of CPAs, or AICPA, is known collectively as the CPA exam. New accountants and those looking to advance in the field are regularly advised to take the CPA exam to receive accreditation from the AICPA, which opens up a wide selection of available work opportunities for them. The exam series includes four tests, and all of them are known to be highly difficult. Approximately half of all test takers fail any given exam, and the numbers for 2013 confirm previous results.

Test takers who seek to become accounting professionals can take the series of tests in any order. Many choose to take the Financial Accounting and Reporting, or FAR, portion of the CPA exam first due to its reputation as one of the most difficult examinations. The CPA exam pass rate for the FAR varied by quarter in 2013, reaching its highest level with 51.23 percent of those examined peaking during the third quarter tests. The overall pass rate for FAR testing in 2013 was 48.32 percent. The FAR includes simulation-format and multiple-choice questions that require exceptional memorization and mathematical skills.

The CPA exam pass rate for the Auditing and Attestation, or AUD, portion of the test series was actually the lowest overall for tests conducted in 2013, coming in at 45.87 percent. This part of the test includes questions designed to gauge the understanding of business ethics and accounting standards required for effective work in the field. It shares a reputation with the FAR section for being one of the hardest parts of the examination.

The Business Environment and Concepts, or BEC, part of the CPA exam series was the most commonly passed portion during 2013. Its overall pass rate was 55.83 percent. This is the only section of the exam that is rated by humans, and, therefore, it does take longer to get test results after completion of the BEC test. Harder questions on this section are weighed more heavily, and it is often considered the easiest part of the test. Many test takers save this portion for last.

The fourth testing portion of the CPA exam is the regulation section. It is especially important for those who plan a career that involves working with the government and tackling sensitive tax information as a CPA. The overall pass rate for this section in 2013 was 48.48 percent. The regulation section tests knowledge of business law, professional and legal responsibilities, and federal taxation. There is also a focus on ethics because it relates to this area.

These four tests combined average out to an overall pass rate of only 49.625 percent for the exam series in 2013. This attests to the difficulty of the test and the high expectations placed on certified public accountants in today's modern business world. With less than half of CPA exam series test takers passing any given portion of the test, Accredited CPAs are likely to continue to be highly valuable assets for many different business and government institutions.