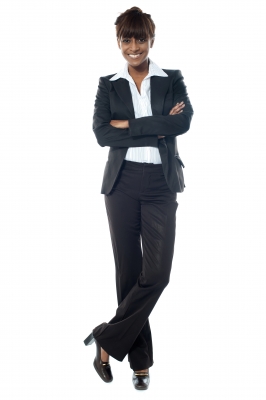 In the old Man Men days, women made coffee, dusted conference tables and ran the Xerox machine. That was before CEOs realized how effective women would be as leaders, many of whom are now CEOs. So what leadership attributes can women teach men to help advance their careers? Plenty.

A recent American Express Open Forum article by Mike Michalowicz, CEO, Provendus Group pointed out some of the more obvious leadership traits men should adopt in this millennium.

Successful women know the value of teamwork. They derive job satisfaction from how their work enhances the company and their subordinates. Men are collectors who need trophies, awards, and titles to benchmark their success. Men simply don’t share as much as women and tend to keep ideas and knowledge to themselves. Women leaders excel at developing and nurturing collaborative relationships.

A study of 10 women and 10 men found that women were one-and-a-half times more productive than men in handling five office tasks simultaneously—with interruptions. UC Neurologist Robert Gorski found that the corpus callosum (the nerve connections between the right and left hemispheres of the brain) is 30 percent more highly developed in the female brain. These nerve connections enable information to move more easily from one side of the brain to the other, which allows women to focus on more than one thing at a time. While women have the advantage here, men can practice and learn to multitask.

The Value of Image

Women spend more time, effort and attention on self-image, which makes them acutely aware of visual details when it comes to presentations. Women, says Michalowicz, seemed to have learned that first impressions are key, for they’ve been evaluated based on their appearance for generations. Lesson: personal appearance and details count—especially when you’re trying to make a great first impression.

Men in leadership positions typically think asking for help demonstrates a kind of weakness. They often sidestep written instructions, assuming they already know how something works or will play out. Women managers, on the other hand, being more socially collaborative, won’t hesitate to ask their colleagues or boss for help. They’ll typically read instructions, follow videos, and take the time to “learn before they burn.”

Recent research from the Harvard Business Review suggests that women who excel in business typically possess more highly developed communication skills than their male colleagues. Women also take the initiative and implement changes--more so then male leaders. The study revealed that companies with women on their boards had 42% higher sales returns, a 66% higher return on invested capital and a 53% higher return on equity.  Another study, conducted by the International Women’s Forum and posted in Harvard Business Review, noted that women characterize their leadership style as “transformational”—convincing subordinates to transform their own self-interest into the interest of the group to reach a broader goal. While male leaders depend on their organizational stature, their female counterparts rely more on charisma, interpersonal skills, and personal contacts.

Whether you’re a man or woman, adopting these leadership traits can help boost your career and make you a more productive manager.