Kids Are Less Healthy Than Their Parents, Historical First 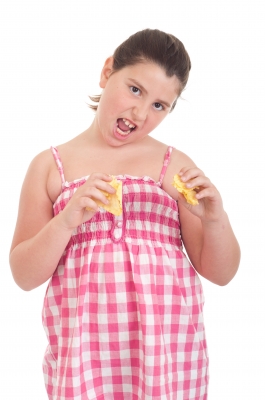 Changes to kids' health have been extensively tracked for several decades, and the American Heart Association has some bad news: kids' health is worse than that of their parents for the first time since record keeping began. The AHA's warning comes on the heels of a study by Grant Tomkinson of the University of South Australia that focused on endurance among children engaged in aerobic exercise. His team found that kids' health has declined in the areas of speed and stamina. The 15 percent decline, which is consistent across 25 million children worldwide, combines with alarming childhood obesity rates. Examination is required to determine what's behind this increase and what can be done about it.

The single biggest factor contributing to the decline in kids' health is obesity. While environmental factors related to disease have been largely brought under control, and occupational illness has all but expired with the decline of child labor, modern children around the world have adopted eating habits that are all but unprecedented. Where previous generations tended to eat low-calorie diets rich in complex carbohydrates, the stereotypical modern diet includes more foods that are high in calories and saturated fat due to an increase in simple carbs, mainly sugar from high-fructose corn syrup, which enjoys massive subsidies in the US.

Working in tandem with these dietary shifts is an equally drastic change in exercise patterns among children. Experts recommend that children get at least 60 minutes of aerobic exercise every day. Despite this, only one-third of children manage the full hour. Reasons for the decline in physical activity vary: general cutbacks in physical education in schools, more time spent watching TV and playing video games, and the enhanced perception of dangerous neighborhoods—resulting in tighter parental restrictions on outdoor play—have all been identified as factors.

Assuming these factors are valid reasons for the general decline in kids' health, what is to be done? A healthcare worker may focus on prevention rather than treatment of diabetes, heart disease, and high blood pressure. Preventing obesity-related ailments will take more than just attentive healthcare, however. While it's difficult to see how a free society can restrict the eating habits of its citizens, a good start might be the reduction or elimination of subsidies that have made corn syrup cheaper than clean water in many areas.

Another opportunity for improvement is block grants for physical education, beginning in elementary school and continuing through high school, combined with stricter standards for youth fitness. Organized physical activities can be arranged at the town or neighborhood level. In addition to activities, a consistent public-awareness campaign must be initiated. Parents should be alerted to how much time their children are spending in front of TV screens, as well as counseled against baseless fears of unsafe neighborhoods—with crime rates at historic lows, obesity is far more dangerous than the typical city street.

Any of these measures could work to slow the decline in kids' health. All of them working together, along with additional ideas that would certainly come to the fore if childhood obesity and kids' health were serious topics for national discussion, might be enough to reverse the decline.

Getting Accepted: What ArtCenter is Looking for in Their GradID Ind...
news via Core77