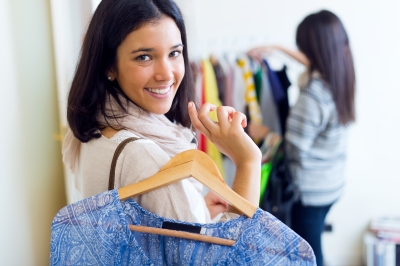 Kylie Jenner, the youngest member of the Kardashian/Jenner family, has proven herself to be much more than just a celebrity. Over a 13-month period, Kylie raked in $10 million in retail earnings, selling products ranging from exclusive cosmetics to Kylie-themed apparel. Shoppers from Generation Z make up the bulk of her customer base, and there is much that businesses targeting the same audience can learn from the reality starlet's retail model.

In December of 2016, Kylie Jenner opened her first pop-up shop to huge lines of waiting customers. Part of the shop's design was inspired by her bedroom. Inside, customers could find, among other products, apparel stamped with her image or her viral catchphrase "Like, realizing stuff." The pop-up also sported some unique touches. For instance, customers didn't know the price of items until they reached the register, and they only had a maximum of 15 minutes in the store.

From this lone example, it's clear that while other retail trends focus on aspects such as delivery and customer experience, Kylie Jenner is capitalizing on the need for uniqueness in today's social landscape. However, Kylie's retail empire wasn't born in the trendy pop-up market.

The starlet has been building her customer base with her line of cosmetics, which includes products such as the Kylie Lip Kit, Kyliner and Kyshadow. To market and sell these products, she uses a retail method known as "the drop" in which the exclusive, limited release of a new item drops at once. Marketing and hype play a large role in this process, especially concerning digitally savvy Generation Z shoppers. That's why Kylie Jenner often posts videos and tutorials with her cosmetics on Snapchat before they're available. When they do drop, they're gone in an average of one minute. Kanye West is just one celebrity who used a similar drop strategy with his Adidas line "Yeezy."

Why is this method so successful? Unlike older generations who value convenience and variety, Gen Z shoppers look for the rarity and social cred of owning an item, which is exactly what Kylie Jenner's product line offers. Plus, Gen Z customers are growing up with the internet and social media as a central part of daily life. Kylie reaches this online customer base by interacting with them at their level on platforms such as Snapchat, Twitter and Instagram. It's no surprise that Kylie Jenner is the most followed person on Snapchat as of 2016, according to New York Times.

Kylie Jenner is helping to reshape the industry by championing retail trends that focus on the needs and unique experiences of Gen Z shoppers. She may not have the textbook know-how of major CEOs, but she clearly has some serious business skills and ideas that can benefit forward-thinking companies everywhere.