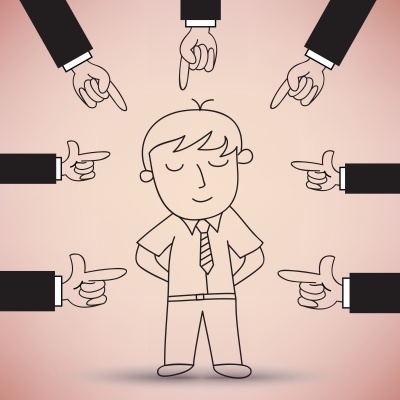 Scott Adams, the creator of the wildly, wacky Dilbert cartoon series about the workplace, knows a little bit about failure and success. His cartoons were rejected by some of the best magazines, and then rejected for national syndication. He confesses he isn’t the most talented cartoonist or writer or speaker, but shares some of his secrets for success.

In an interview in The Business Insider, Adams talked about his latest book and how he became a success in spite of his talents. One thing he’s clear about is what hasn’t played a part in his successful career. And that’s passion.

Passion, according to Adams, is what politically correct experts or wildly successful people say when asked how they made it to the top. Passion is an emotion, capable of inspiring someone to action, and sustained as long as things are going well. When things don’t work out, or the thrill goes out of a project or goal, passion often goes out as well. Passion isn’t always sustainable.

When considering a career in just about anything, gaining an incredible degree of expertise in one thing is important. Whether you want to be a writer, scientist, musician, manager, entrepreneur or cartoonist, you have to have the skills and talent to compete in the marketplace. Having those skills will make you a good candidate for a job, working for someone else. If you want to add more dimensions to your career, think of layering complimentary skills that will broaden your appeal or abilities. Learning how to speak in public and give compelling presentations could take you beyond the work team to management, leading a department or taking a spot on the executive team.

Computer and technical skills in just about any area layered on your present career will make you more versatile. It’s not just IT anymore. Every career has its own technical requirements, even if it’s just how to use all the time-saving features of Outlook, keep a calendar and synch it to your tablet and Smartphone. Understanding spreadsheets and how to organize your emails can save hours each day to be spent on other productive activities.

All this skill acquisition and layering wouldn’t have worked without some invaluable advice Adams got from a professional cartoonist and mentor. It’s so simple, but profound. He told Adams to never give up. Adams didn’t take that advice, and gave up when he was rejected over and over again. It wasn’t until later when his cartoonist/mentor came across his cartoons again, he remembered Adams and called him up to see if he did give up. This was exactly what Adams needed to get back on track.

Layer critical skills to make yourself more attractive than the next candidate. Don’t be afraid to fail your way to the top. And take a tip from the mentor of one of the most successful cartoonists in the country—don’t ever give up.

New report shows colleges how to bridge the gap between the liberal...
blog post from Inside Higher Ed | News

The president of the New York Stock Exchange on her mission to get ...
news from Markets