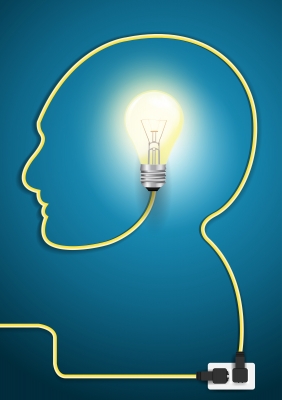 Creative destruction is a concept defined by Joseph Schumpeter in 1942 that was derived from the theories of Karl Marx on capitalist development and the business cycle. Schumpeter believed that creative destruction was the process in which the demise of one thing brings about something new that never existed previously. The concept may be viewed as completely destructive, but with a little creative management, it can actually bring about a transformation to save a company.

One of the best examples of creative destruction is the dominance of the smartphone in the marketplace. Today's smartphones have the ability to take the place of a variety of devices due to the enormous number of applications downloadable on the market. Apple's iPhone can hold your entire iTunes library, which makes the iPod obsolete. In fact, Apple claims the iPod Classic is still around but that its days are probably numbered. Portable game consoles have gone the same way as you can download a number of mobile games depending on your personal tastes. Other devices the smartphone can replace include point-and-shoot cameras, video players and recorders, navigation devices, PDAs, maps, and telephone directory assistance, which poses unique challenges to managers in those businesses.

To survive in a healthy economic system, businesses must learn how to adapt and change. Part of this change includes creative destruction. The concept of creative destruction makes sense from a business and technology standpoint. If you create a product that is better than the existing one, the new product will take the place of the old one on the market. For example, the rise of Internet news sites has threatened print newspapers as the Internet sites get up-to-date information to their readers, whereas the paper's news is often a day old—at least. With so many people willing to adopt Internet news sites, it can overshadow the old way of bringing the news to people's doorsteps.

It's important for a company's leadership to recognize growth opportunities to avoid killing a company. Both the Kodak and Hostess companies recently watched their companies head for bankruptcy while still defending their old products and old ways of handling business. Kodak watched as the market for amateur photography shrank during the past thirty years. The demand for film cameras and paper came to a gradual halt as digital cameras took over the industry. Kodak made the decision to continue defending print rather then move the company towards more profitable endeavors. When using creative destruction, a company recognizes recent trends and is willing to invest in opportunities to create new markets.

A company can reinvent itself by leaving room for creative destruction. The key is to develop new products that outshine the old ones and to create new ways of thinking that will continue to keep a company competitive.