Limit Your Alcohol Consumption to Keep Yourself Healthy and Employed 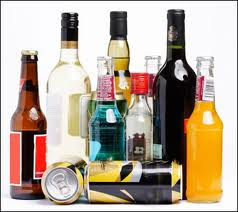 Many people take their health for granted until they no longer have it. America is the “land of the free”, and it is totally your choice to choose health as an option. Let’s face it, if you are not healthy, it is hard to get a job let alone keep it.

However, in order to stay healthy it is critical to avoid unhealthy habits. Keeping your career in an upward direction, and finding the job of your dreams depends on your ability to live a healthy life. Drinking too much alcohol can be a problem for anyone and a detriment to success. For the younger generation, alcoholism is a problem in any country. There have been efforts by many different groups to help younger people correct or prevent this problem.

The Moscow Times reported recently that, “Rampant alcoholism is a centuries-old problem for Russia, but the younger generation is bucking the trend, as more and more activists team up to urge compatriots to "stop guzzling."

“Nationalists are attempting to spearhead the grass-roots campaign, seeing it as a matter of "survival of the Russian nation." The call for a healthy lifestyle reaches beyond the radicals. Alcohol is the cause of one-fifth of all deaths in Russia, according to this year's World Health Organization survey. But a joint study by the State Statistics Service and UNICEF in January also showed alcoholism among young people has dropped 15 percent since 2005.”

The paper went on to say that, “Nationalists were behind some anti-booze campaigns in social media and attempts to organize jogging rallies aimed at promoting a healthy lifestyle. Most runs, however, are dispersed by police, wary of any unsanctioned public activity. The latest such event, staged in Moscow's Izmailovsky Park in February, ended with most joggers being fined for violating traffic rules.” It is obvious that freedom of speech, to encourage young people to remain sober, is not a priority with this police force.

In the United States,the American Academy of Child and Adolscent Psychiatry reported that, “Experimentation with alcohol and drugs by younger adults is common. Unfortunately, young people often don't see the link between their actions today and the consequences tomorrow. They also have a tendency to feel indestructible and immune to the problems that others experience.”

It went on to say that “Using alcohol and tobacco at a young age has negative health effects. While some young people will experiment and stop, or continue to use occasionally, without significant problems, others will develop a dependency, moving on to more dangerous drugs and causing significant harm to themselves and possibly others.” In the long run keeping yourself and your friends healthy should include abstaining or refraining from consuming too much alcohol. By doing so, you will keep your career options wide open and your overall satisfaction with life at its peak.

Tom Borg is president of Tom Borg Consulting, LLC. He is a business consultant, speaker, coach and author. Please see more of his blogs at ConstructionJobForceblog.com and view additional job postings at Nexxt