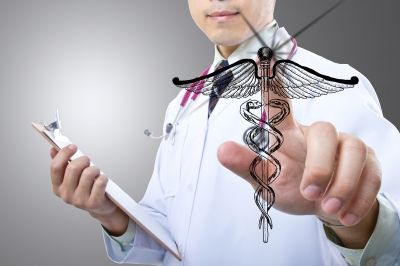 For years, the government and major payers have been searching for ways to reduce healthcare costs. As part of a study on the effectiveness of alternative payment models, several healthcare organizations are participating in the Pioneer Accountable Care Organization (ACO) program, which seeks to incentivize the healthcare industry to reduce medical costs while increasing the quality of care. So far, the Pioneer ACO program has produced modest but notable savings that signal a positive step forward in the quest to reign in healthcare costs.

The Pioneer ACO program is an experimental project that was started in January 2012 by the Centers for Medicare and Medicaid Services (CMS). Scheduled to run for three to five years, the program consists of thirty-two accountable care organizations that pledged to reduce wasteful medical spending. Each individual organization typically consists of a group of medical providers—doctors and hospitals, for example—that work together to coordinate patient care.

Currently, little impetus exists for providers to constrain costs—in the pay-per-service model already in place, they are paid per medical procedure performed. The Pioneer ACO model rewards providers for reducing healthcare costs by giving a portion of the money saved back to them. At the three-year mark, participants can opt to switch over to a population-based model where providers are paid fixed amounts based on the group the patient belongs to. For example, a doctor would be paid a certain amount of money for performing a routine exam on a person using Medicaid.

In both systems, ACOs are responsible for curtailing healthcare costs. So far, the program has experienced moderate success. In 2012, participants reduced medical costs by $87.6 million for the 669,000 Medicare patients enrolled in the program. They obtained this result in part by eliminating redundant testing, reducing hospitalizations, and focusing on preventative care.

This has also resulted in a higher quality of patient care, which has long-reaching benefits. Investing in accurate diagnosis and treatment of diseases can lessen the need for more expensive medical care down the road. For example, effective treatment of diabetes can reduce a patient's chances of developing heart problems or needing surgery at a later date.

However, the program is not without its challenges. A few ACOs reported a cumulative $4 million increase in healthcare costs. In one case, the project put a participant at a competitive disadvantage because the existing state model was better than the Pioneer ACO model. Other program participants complained that the required thirty-three quality measures were too ambitious and that the agency was slow in providing data that was necessary for them to track whether patients were following the instructions of healthcare providers, such as filling prescriptions.

All things considered, the Pioneer ACO project has provided critical insight into the efficacy of alternative payment models. Finding ways to encourage healthcare providers to keep healthcare costs low without sacrificing quality has the potential to lead to affordable medical care for all.

What is a genuinely centrist position on the economy?
news from The Week - Business
3 Stocks That Could Soar If Joe Biden Wins the Election
news via Yahoo Finance