MERS Infection in US Confirmed by CDC 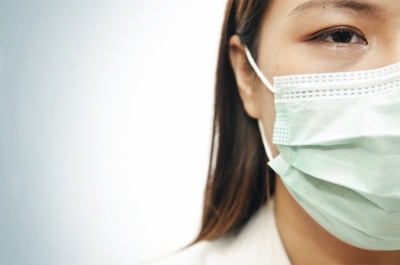 The U.S. Centers for Disease Control and Prevention has confirmed that on May 2, 2014, the first imported case of Middle East Respiratory Syndrome was reported in the United States. Since then, two more people have turned up in the country with a MERS infection, leading health experts to reconsider their ideas about how the virus is transmitted.

The first demonstrated MERS infection was found in a traveler from Saudi Arabia. Just over a week later, on May 11, 2014, a second traveler from Saudi Arabia showed up in the United States with the infection. According to a CDC report, the two travelers were not linked in any way. On May 16, 2014, an Illinois healthcare worker who had brief contact with the first MERS patient also tested positive for the virus. According to Bloomberg Businessweek, the third patient did not require medical treatment. None of the three patients have fatal cases.

The rapid transmission of the MERS infection between the first patient and the Illinois medical worker has reinforced researchers' belief that the virus spreads via close contact. It is a valuable piece of information for the CDC, which knows little about the virus. Since MERS can spread via contact, unlike malaria, another travel-related disease, researchers are keeping a close eye on its progression.

Since the first MERS infection was reported in Saudi Arabia in 2012, scientists have struggled to learn more about its mysterious origins. According to a CDC report, the infection is caused by the Middle East Respiratory Syndrome Coronavirus. While coronaviruses are relatively common in humans, the MERS-CoV behaves differently. In comparison to the mild or moderate upper-respiratory issues caused by standard coronaviruses, a MERS infection is considerably more dangerous. It can cause severe respiratory distress, including a cough and shortness of breath. The MERS-CoV virus also causes kidney failure and severe gastrointestinal issues. The CDC reports that approximately 30 percent of people infected with MERS die as a result.

The origins of the MERS-CoV virus are not confirmed, but researchers believe it may be associated with camels or bats. Like other viruses, it appears to be transmitted through touch and very close proximity to infected people. Although the CDC does not believe the virus to be a serious threat to the American population, it advises standard precautions, like washing hands frequently and not touching your eyes or mouth with unwashed hands.

In addition to Saudi Arabia, other countries that have had lab-confirmed origin cases of MERS include the United Arab Emirates, Oman, Qatar, Jordan, Lebanon, Yemen and Kuwait. The virus has been transmitted to a number of other countries by travelers, including the United Kingdom, Italy and the Netherlands.

Despite the MERS infection cases in the United States, the CDC does not advise that travelers change their travel plans to the Middle East. With standard virus protection measures, you should be able to travel safely and infection-free.