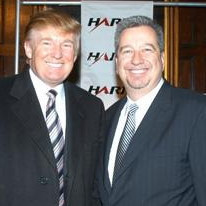 Vaunted national clothing retailer Macy's joined other companies when it decided to cut ties with Donald Trump and his company, The Trump Organization. Macy's carried the billionaire's signature collection clothing line of mid-priced men's clothing such as dress shirts, ties and polos.

PVH Corporation, a clothing retailer responsible for licensing Trump's signature collection, followed Macy's example and also ended its contract with The Trump Organization. PVH Corporation, known previously as Phillips-Van Heusen, took brands such as Tommy Hilfiger, Calvin Klein and Speedo to new heights in garment sales and marketing. The Trump Organization has to find another company to sell its menswear line.

Macy's pulled the plug after more than 700,000 people signed a petition on MoveOn.org. The online petition requested that Macy's CEO Terry Lundgren end the company's ties with The Trump Organization. However, Trump claims he cut ties with Macy's because outside groups put pressure on the retailer. Macy's commercials featured the billionaire alongside celebrities such as Sean "P. Diddy" Combs dressed in Trump's threads.

Losses from sponsorships and cut contracts may amount to a drop in the bucket for Trump. CNN estimates the real estate mogul lost nearly $15 million when sponsors pulled out of the Miss USA pageant. The Wrap determined The Trump Organization has lost approximately $50.5 million due to companies cutting ties. The businessman claims his net worth hovers around $9 billion, making his current losses close to 0.6 percent of his overall net worth. Most of his revenue comes from real estate contracts and developments.

After Mexican drug cartel leader Joaquin Guzman Loera, also known as El Chapo, got out of a high-security prison thanks to a tunnel, Trump doubled down on his comments regarding Mexicans. The CEO said his foreign policy towards Mexico would focus on fining the Mexican government $100,000 for every illegal immigrant that enters the United States from Mexico.

The real estate magnate's incendiary comments seem counterintuitive to his business practices. One of Trump's nuggets of wisdom for running a business talks about focusing on the big picture while attending to daily details. Anything, or anyone, that does not ascribe to the same big-picture goal does not belong in the organization.

Perhaps Trump's comments are part of his overall strategy, since his comments made headlines and got his presidential campaign noticed from the start. The billionaire can spend as much of his own money as he wants, so campaign funding is not an issue. He can follow the likes of H. Ross Perot and Steve Forbes into the presidential race.

The Trump Organization has taken several hits from retailers, sponsors and businesses since the CEO announced his run for president. If past patterns hold true, however, though Trump's bid for the White House might fail, his business interests will continue to thrive.