Major American Brands are Challenged by the Disappearing Middle Class 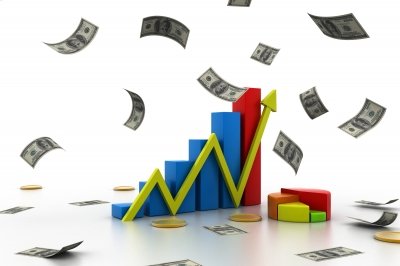 Rising costs and stagnant wages are hitting the middle class harder than ever. Despite some economic growth in 2015, middle-class workers are still struggling to save money while paying for necessary expenses. As a result, the middle class is slowly shrinking, leaving corporations scrambling to find customers with the disposable income to afford premium products.

Hershey Foods is one of the companies feeling the effects of a shrinking middle class. In the third quarter of 2015, the company saw flat sales, which led executives to forecast lower profits in the fourth quarter. CEO John Bilbey says the changing economy is partially to blame for the company's lower-than-expected earnings. Consumers with a lot of disposable income are able to buy premium chocolates, while cash-strapped buyers have to shop for discounted candy. Hershey is losing market share as a result of this income gap.

Consumer confidence is higher than it was during the economic crisis of 2008 and 2009, but many low-income workers are still struggling to deal with stagnant wages. Gas prices have dropped significantly, but the cost of paper goods, fresh dairy items and other products has risen dramatically, leaving many consumers unable to afford non-necessities. High-income workers are driving economic growth, but they have the money available to purchase luxury items and merchandise made by premium brands.

Campbell Soup Company is also struggling to attract new shoppers. In the second quarter of 2015, the company managed to meet profit expectations, but CEO Denise Morrison says the industry is experiencing four seismic shifts. In addition to worrying about a disappearing middle class, Campbell Soup is also trying to target different types of consumers. Single-parent homes, multicultural families and households where the father is the primary caregiver are now major targets for companies in the food and beverage industry.

Walmart has a reputation as a retailer for the middle class, but that is changing. Now that the middle class is shrinking, Walmart executives are trying to find ways to cater to more affluent consumers. As a result, the company has opened several neighborhood markets that have an upscale feel. With this new format, Walmart hopes to compete with Kroger, Whole Foods, Trader Joe's and other upmarket grocery chains. Neighborhood markets do not have clothing or household items, so they appeal to a different type of consumer. These stores also have organic produce and premium items, which makes them more attractive to high-income workers.

The economy may have seen some improvement in 2015, but millions of people are still living paycheck to paycheck. Because the middle class is disappearing, retailers and grocers are struggling to find ways to meet profit expectations without serving the same consumers. Investors should expect lower-than-expected earnings until retailers have a chance to test new strategies.