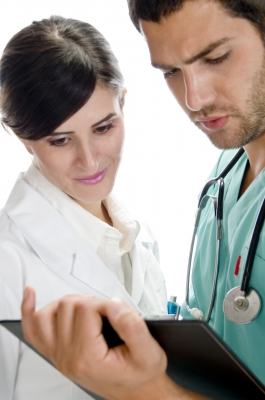 Although the nursing field is still dominated by women, new research shows that male nurses actually make more money than female nurses. This discrepancy in nursing salaries affects medical professionals all over the United States, discouraging some women from entering the field and creating conflicts in hospitals, clinics and other medical facilities. If you hire or manage nurses, here is what you need to know about the salary gap.

In March 2015, the Journal of the American Medical Association published an article indicating male nurses make an average of $5,148 per year more than female nurses. This discrepancy in nursing salaries is evident across nearly all specialties. Ulrike Muench, PhD, RN led a team of researchers interested in learning more about salaries in the nursing industry. Her team analyzed data from nearly 294,000 nurses who provided responses to the National Sample Survey of Registered Nurses and the American Community Survey.

After analyzing the data, Muench's team realized male nurses received higher wages than female nurses in every year covered by the two surveys. The researchers used data from 1988 all the way through 2013. The pay gap between male nurses and female nurses also showed no signs of narrowing over time. The adjusted earnings difference between males and females was $7,678 in ambulatory settings and $3,873 in hospitals. Male nurses working in chronic care, cardiology and every medical specialty except orthopaedics earned more than their female counterparts.

A gender-based pay gap is never a good thing, but the issue is even more important now that nurses are taking a more active role in patient care. The implementation of the Affordable Care Act has led to expanded roles for nurses, with some nurses moving into nurse practitioner and nurse anesthetist roles. If hospitals and ambulatory care facilities want to retain skilled nurses, they need to examine their salary scales and eliminate inequities based solely on gender.

What is most surprising about the pay gap is that men still make up less than 10 percent of the nursing workforce. Some patients specifically ask not to work with male nurses, while it is much less common for a patient to ask to work exclusively with a male nurse. Janette Dill, a sociology professor at the University of Akron, says men may be flocking to the nursing field because of a lack of opportunities in manufacturing and other professions traditionally dominated by males.

If you are responsible for hiring and retaining nurses, you need to understand how this pay gap affects your workforce. Because female nurses and male nurses have similar skills, a gender-based pay gap is unfair and can hurt your organization's reputation in the community. If you are concerned about this issue, talk to your compensation manager to find out if it is possible to adjust salaries based on skill and seniority instead of gender.