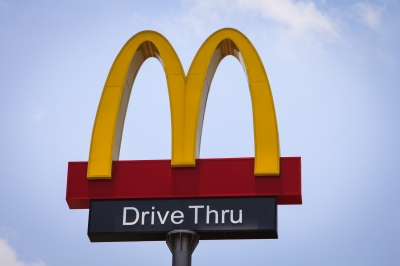 McDonald's looks to regain its sales moxie thanks, in part, to an application that automatically beams offers, coupons and promotions straight to customers' smartphones. The Piper app activates as soon as someone enters a restaurant, and these McDonald's beacons send relevant information directly to a smartphone.

The technology has been in place in a few restaurants since October 2014, and so far, the program is a success. The restaurant chain claims participating stores sold up to 8 percent more chicken sandwiches and 7.5 percent more chicken nuggets in October than in September. More than 18,000 offers sent by the Piper app were redeemed.

If true, these sales figures show that McDonald's beacons appear to be working. The app boosts the chain's revenue among customers in their 20s and 30s who use smartphone apps to make buying decisions. The Piper app works in 17 stores owned by Jack Pezold in Columbus, Ga. Pezold believes these beacons allow the restaurants to target promotions based on an individual customer's preferences.

The Piper app, called iBeacon for Apple iPhones and iPads, sends notification links to customers as soon as they enter the premises. If customers accept the invitation to download the app, the beacon sends customized links to a restaurant's website, directs customers to a Yelp page, downloads social media content or shows individuals relevant photos and videos. The beacon app works two ways because people who download the software to a smartphone allow the iBeacon to access analytics and history on a customer's phone.

For restaurant owners with table service, imagine showing customers an order form as soon as they walk in the door. Patrons can then place an order while they wait to be seated, even before a server gets to the table. The beauty of this Piper app, and services like it, is that it saves time and money by making restaurants more efficient without a significant upgrade to software or infrastructure.

This app can be a relatively inexpensive way for the fast food chain to revive its sales. In August 2014, sales for McDonald's worldwide fell the most in a single month since February 2003. Supplier controversies and a failure to capture younger consumers looking for better food choices led to the decline in sales. A sales uptick from smartphone technology gives the once-vaunted chain a beacon of hope amid stiff competition from restaurants such as SUBWAY.

Many businesses already have an iPad or tablet device in the store. If a simple app can send and receive data to and from customers, with their permission, companies can gain the upper hand in earning more consumer dollars. Wireless technology is already ubiquitous; all stores need to do is download the right app.

The key to earning more sales is customization. This kind of sales tactic works for online retailers, additive manufacturing and made-to-order restaurant food. Thanks to the Piper app, fast food restaurants and other merchants have the ultimate tool to collect information from prospective customers. All you need is to get consumers to download the app when they enter the building.