Microsoft Comes Back to AI 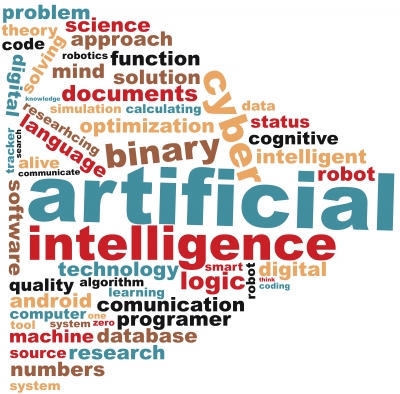 In an attempt to remake itself into a forward-thinking tech company that doesn't necessarily rely on operating software for its cash cow, Microsoft is turning to artificial intelligence. Yoshua Bengio of the University of Montreal signed on with Microsoft in January 2017 to bring his expertise of the subject to help revamp the company's business model as it competes against Google and Facebook for the AI crown.

Microsoft is in a race with the other two tech giants to deliver products that use artificial intelligence to make processes more efficient, seamless and intuitive. One such advance is in speech recognition software, a field that Microsoft once dominated in the early 1990s. Startups took Microsoft's technology and made it better, but that wasn't the only reason why Microsoft's AI dreams stagnated.

Technology and processing power simply weren't ready for Microsoft's vision of the future. To make technological leaps with regards to speech recognition, the firm needed faster computers that could digest huge amounts of data very quickly. The technology just didn't exist in the 1990s, and then came smartphones and cloud-based computing programs. As of 2017, handheld devices can tap into vast stores of information with just a few swipes or speaking a few words.

As staffers remake Microsoft products, a lab at the corporate headquarters shows precisely what's going on with the company's artificial intelligence strategy. Demos of various programs appeared at the firm's builder's conference, and the future looks bright if Microsoft can come through with the technology. A Skype translator app lets someone chat in English to someone who speaks German. A construction app surveys a site for code violations using a mobile device's camera. The AI assistant, Cortana, analyzes an inbox to determine what reply messages should receive priority based on the promises the user makes to someone over email.

Visual and voice recognition are just the beginning of artificial intelligence. Microsoft wants to put all of the computing power of Watson and Cortana at someone's fingertips through mobile devices. Chatbots embedded in apps can make dinner reservations, order groceries, complete a financial transaction and set up a slide presentation simply by chatting with the app. Physicians use chatbots to improve patient care, while HR professionals employ this kind of AI to improve employee experiences.

Chatbots take a person's intentions in a conversation and turn them into action. Bots learn by compiling massive amounts of data and comparing the data to a singular situation during a conversation. The bot then predicts someone's needs based on the data it collected previously, which is where artificial intelligence comes into play. The more information a bot accesses and the faster it processes the information, the better it becomes. Bots free up time to do other, less mundane things such as strategizing, attending a child's ball game or focusing on business interests.

Photo courtesy of Farbentek at FreeDigitalPhotos.net

An EVP at Microsoft gives his take on the technologies that will sh...
news from Markets

Google and Amazon are spearheading a quiet gadget revolution, and i...
news from Markets