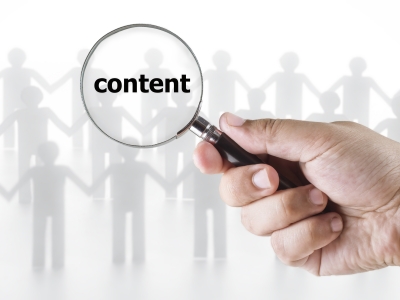 Following public concern over the connection between terrorist attacks and social media content, Microsoft has amended its terms of use to ban terrorist content on all of its hosted consumer services. The goal is to reduce recruiting and fundraising by terrorist groups over the internet. Microsoft also plans to display public service announcements offering alternatives to violence in response to some search queries for terrorist-related terms.

Details of the Ban

Microsoft defines terrorist content to include content posted by or in support of terrorist groups that are listed on the Consolidated United Nations Security Council Sanctions List. This content also shows or encourages violence, specifically endorse a terrorist organization or its acts, or recruit for a terrorist group.

Microsoft plans on relying on an online reporting tool to discover questionable content for removal. The reporting tool is available to governments, concerned citizens and organizations wishing to report suspected terrorist content.

The ban does not extend directly to Microsoft's Bing search engine, which will remain unbiased in its results, with links only being taken down only if they violate local laws.

Terrorist groups' use of social media has been controversial practically since the first social media existed. Groups such as the Islamic State in Syria use popular websites to recruit new members, often through cloaked statements and shorthand. They also use the sites for internal communication, making it easier for members to plan attacks and stay organized at a distance.

The Obama administration has encouraged tech companies to work to remove terrorist content. Many tech giants, including Twitter and Facebook, have made changes to limit the use of their services by terrorists. Microsoft's May 2016 announcement places it in the group of tech companies looking for ways to minimize the amount of terrorist content online.

As part of its anti-terrorist agenda, Microsoft is partnering with nonprofit organizations and educational institutions to come up with better ways to stop terrorist activity. This includes developing techniques for quickly discovering terrorist content to make it more difficult for terrorist organizations to replicate sites as soon as they are taken down. Microsoft is also supplying funding for programs to help young internet users tell the difference between factual content and problematic content, such as hate speech or terrorist propaganda.

With international concerns about terrorism rising, technology companies need to be ready to develop policies to handle terrorist issues without hindering free speech. Microsoft's multifaceted approach, including changes to its terms of use banning terrorist content and working with other organizations to find new solutions, is one way to handle concerns about violence while also working to ensure future policies meet the needs of all internet users.

Photo courtesy of winnond at FreeDigitalPhotos.net