Microsoft, Promoting from Within or Looking for Outside Talent 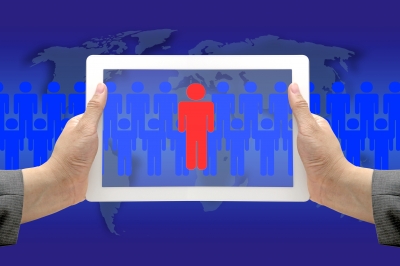 Recently, Microsoft announced the selection of its newest chief executive officer after an exhaustive six-month search. During the search, many business insiders wondered whether the software and tech giant would go with its past culture of promoting employees from within or hire from outside the confines of the company.

There are good arguments for going both routes, especially for a company like Microsoft that has so much on the line. Though its Windows operating system software is still the most popular in the world by far, Microsoft has many challenges ahead with some of its non-OS projects. There is the increasingly popular Windows Phone, which needs constant upgrades and innovation to stay competitive with Apple's iPhone and Google's Android operating system. Then there is the tablet and portable device market that is also dominated by Apple and Android, leaving Microsoft to play catch up. With the competition showing no signs of stopping, could the company afford to go with its usual stance of promoting employees from within, or did it need the business innovation that often comes with hiring employees from other companies?

Hiring employees from outside is risky because there is often a settling-in period as the new hire learns the corporate culture of the company. Take, for example, Marissa Mayer, who had been a Google executive before being hired by Yahoo to steer its wayward ship. There were definitely a few bumps in the road before Mayer settled in as CEO, but the benefits of her new ideas far outweighed the initial drawbacks. She is proof that promoting employees isn't always the best solution, as sometimes the only way to improve a company is to change how things are done, which is harder to do with someone who has been entrenched in the old way of doing things.

Some tech insiders thought the company needed an infusion of fresh ideas and talent, so it was surprising that Nadella was named the new CEO. The fact that it took six months could mean the competition was either very fierce or that the board didn't know the bright talent they had in Nadella until late in the search. Either way, he faces a lot of scrutiny as people wonder if promoting employees like Nadella is still the way to go or whether Microsoft should have looked outside its sprawling Redmond campus instead.