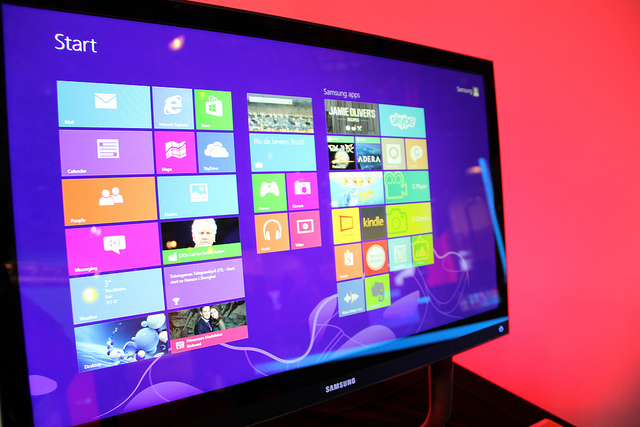 Microsoft recently gave consumers a preview of its new Windows 10 operating system, scheduled for release in 2015, but there's something wrong with this picture. Windows 9 would be the next logical step for the OS to follow Windows 8, released in 2012. Instead, Microsoft has opted to skip ahead, representing a major step forward for the company and perhaps a break with the controversial Windows 8, which got a lukewarm reception from customers.

It is unclear whether Microsoft has planned to release Windows 10 all along. A leaked document from early in 2014 described an operating system provisionally called Windows 9 that was scheduled for release toward the end of 2010. This OS attracted some criticism for its similarity to Windows 8, which introduced an overhauled layout and major changes to the classic Microsoft Windows look. Windows 8 worked well on phones and other mobile devices with touch screens, but was a disaster to operate on standard PCs and laptops.

Early reports surrounding Windows 10 suggest that Microsoft is trying to find a middle ground between old and new operating system layouts. Windows 10 reportedly combines the mobile-friendly app screen of Windows 8 with the older Start Menu layout. This means a split screen, with apps displayed on the left as in Windows 7 and live tiles on the right in the style of Windows 8. This allows fans of both operating systems to use Windows 10, choosing their favorite layout of the two or switching effortlessly between them.

Despite the presence of two types of apps, Microsoft has elected not to bring back the two distinct app environments it introduced with Windows 8. Gone are the modern apps that fill the entire screen and offer few options for resizing. Windows 10 almost exclusively launches programs in a traditional desktop environment with a menu and taskbar visible at the bottom of the screen. However, there are options to set apps to full screen if the user prefers.

Currently, preview copies of Windows 10 are only available for PCs and laptops. However, when it is launched. Microsoft expects the system to run on all devices, both desktop and mobile. This is where the operating system's versatility will really come into play. Ideally, Windows 10 will allow users to switch effortlessly between devices while running the exact same program on all of them.

Windows 10 seems to be Microsoft's attempt to reach a compromise between fans of the new look of Windows 8 and proponents of the old style from previous versions of Microsoft Windows. If handled correctly, Windows 10 could potentially give users the best of both worlds. If handled poorly, Windows 10 has the potential to be a confusing hodge-podge of the two styles. Only time will tell.

Microsoft is reportedly shifting its Windows strategy as it tries t...
news from Markets