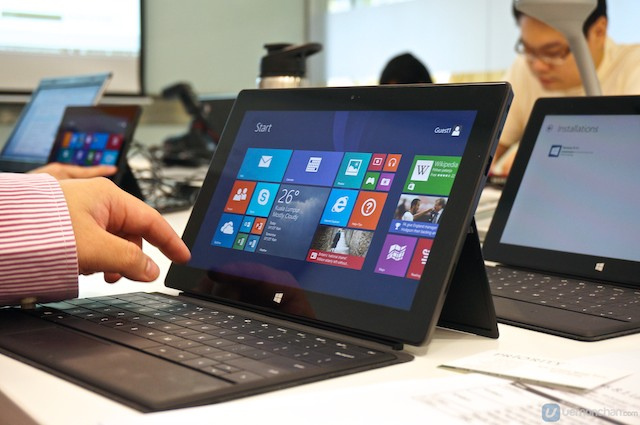 Microsoft plans to unveil the newest version of Windows, provisionally called Windows 9, in as soon as one year, according to leaked documents from the technology giant. Windows 9 is expected to resemble Windows 8, but with improved functionality and ease of use.

Windows 9's release is predicted to occur toward the end of 2015. However, the beta version is likely to launch much sooner, perhaps as early as this fall. This beta launch will allow Microsoft to iron out any bugs in the new operating system, as well as give reviewers a chance to sneak a peek at its new features.

Early speculation based on the leaks suggests that the new Windows 9 interface will look a lot like the Windows 8 interface, but with some of the best-loved features of earlier versions of Windows making a comeback. Windows 8 users complained about the lack of a Start Menu in Windows 8.0, which may be why it will feature as a key part of the Windows 9 operating system.

However, the Start Menu will be receiving a makeover for Windows 9. The new Start Menu will include Live Tiles, which were first seen on the Windows 8 home screen, as well as the traditional menu options. Reviewers hope that the new interface will work well on both touch-screen mobile devices and traditional laptops and desktops.

If Windows 9 is a hit with reviewers and consumers, it could reverse the slump in computer sales that occurred during 2013. However, it is not yet clear how Microsoft will gain revenue from the new operating system. Some industry experts have claimed that the software giant could break from tradition and charge for Windows 9 on a subscription basis, rather than selling permanent licenses for the product. Some have even suggested that Microsoft could give the basic operating system away for free, following the trend set by its rival Google. This pricing model would give Microsoft the opportunity to maintain its large user base, then raise revenue by selling its software to those Windows users that need it.

The launch of Windows 9 could be great news for the average PC user. The price of the operating system is expected to work out much lower for these users, whether Microsoft decides to go with a one-off fee or a subscription model of payment. Windows 9 also corrects a lot of the issues that users had with Windows 8.

Windows 9 is expected to combine the best of Windows 8 with the features that users missed most from earlier Windows operating systems, as well as adding some cool new features. When the beta version of Windows 9 launches later in 2014, users of both PCs and mobile devices will get a lot more information about how well the operating system will meet their needs.

Microsoft is launching new Surface computers on October 2 — but it ...
news from Markets