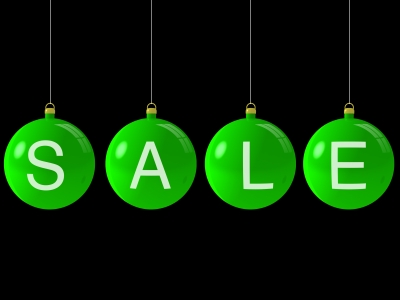 Thanksgiving day shopping started in 2012 as retailers tried to recover from the recession of 2007. Two years later, more traditional shoppers can blame millennials for stores opening on Thanksgiving. Despite vocal protests from Walmart employees and workers who would rather spend the holiday at home, great deals on holiday gifts from 6 p.m. Thanksgiving day through Cyber Monday are here to stay thanks to 18- to 34-year-old shoppers.

According to Laura Heller of Forbes, the National Retail Federation predicted nearly 80 percent of 18- to 24-year-olds planned to shop on Thanksgiving, Black Friday or the holiday weekend. The NRF predicted Thanksgiving day shopping crowds would be down by about 5 percent, but nearly one-fourth of all millennials said they would head to stores on the actual holiday as opposed to Black Friday.

Half of all American shoppers between 18 and 34 do not have a problem with Thanksgiving day shopping. Most of these people head to the malls or shop in brick-and-mortar stores. Heller notes that for the generation born between 1980 and 2000, the start to the holiday shopping season is a social event shared with family just as much as eating turkey and watching football.

Accenture's 2014 shopping survey predicted huge crowds at stores to open the holiday season. As many as 66 percent of American consumers planned to shop on Black Friday, with nearly half of those braving stores before 5 a.m. on Black Friday to find the best deals.

Initial statistics posted after the big day seem to show the need to find holiday gift bargains on Thanksgiving may have waned somewhat from 2013. Nearly 133.7 million shoppers hit the stores or shopped online during the four-day period from Thanksgiving day to Sunday in 2014. This figure was down 5.2 percent, notes the NRF. Shoppers spent less than they did in 2013 over the same time span.

The NRF believes some shoppers may not have felt the rush to find great deals since the economy is better and gas prices are lower. Other consumers may be waiting to find better deals closer to Christmas rather than brave the crowds during Thanksgiving day shopping. Many people may have bought holiday gifts before the biggest deals even arrived in stores.

Despite Thanksgiving day shopping at physical stores dropping from 2013 to 2014, retailers can still count on millennials for 2015. The statistics from 2014 show the key is to make the online shopping experience easier so consumers can shop from home while retailers bring in even more money than ever before.