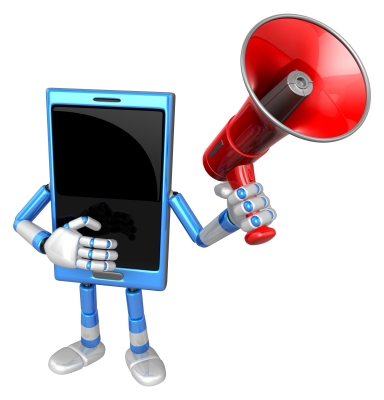 Millions of consumers across the United States rely on mobile phones, smartphones and connected devices in their everyday lives. As such, mobile advertising has become an effective way for retailers to get the word out regarding deals, promotions and new products.

A recent report, and perhaps the first of its kind, examines the return on investment with mobile advertising versus desktop computer ads. Catalina and 4INFO found the total sales per 1,000 impressions on mobile amounts to $29.90. Meanwhile, desktop computer sales reach $13.10, or less than half of mobile. Smartphones and apps from several companies tracked data that led to sales rather than simply monitoring clicks, taps and swipes.

Even better for the mobile advertising market, campaigns that focus on mobile require half as many impressions. The return on ad spend comes to approximately $2.57 per every mobile ad campaign, which represents a 15 percent increase over desktop ads. Data and metrics have moved away from analyzing clicks on ads, and software now analyzes sales per campaign as a way to measure the effectiveness of online advertising.

The incentive for these advertisements revolves around two basic facets of smartphone technology that work in conjunction with each other. GPS locators allow smartphone apps access to someone's cellphone information, thereby giving retailers a chance to create targeted campaigns to local shoppers. Some apps may even monitor someone's Web browsing habits on a smartphone to produce even more personalized advertising. Past purchases also target customers with the correct mobile advertising.

Data from this report should not discourage traditional banner ads on computers. The most effective campaigns start with a banner ad resized to fit smartphone screens. As many as 87 percent of retailers that participated in the study saw a return on investment from a standard banner ad as the beginning point of a marketing push. Banners tend to create brand awareness, and retailers produce 10- to 15-second videos as a supplement to banners. These videos mimic formats similar to those seen during popular television shows. Despite mobile devices gaining popularity, banner ads prove desktop campaigns are not dead yet.

Although several startups and smartphone app designers create wonderful tools for consumers to use, a few major companies successfully run mobile advertising campaigns. Google's AdMob works in conjunction with its vaunted AdSense program to produce ads on Android smartphones. Apple's iAd allows companies to market products and services through Apple iPhones, iPads and iPods. HasOffers has a network of affiliates that track mobile ads. Facebook also got into the mobile realm with its own advertising software.

Retailers should know how to get repeat customers back into the store thanks to mobile advertising. Creating an app remains one of the easiest ways stores produce personalized experiences for shoppers. Personalization leads to better engagement and increased revenues thanks to ads that mean something to the customer.