Mobile Fanatics Are Excited for September 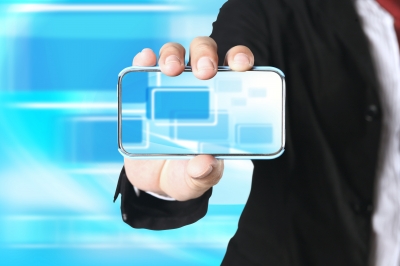 As autumn looms, mobile fanatics are anticipating the next step forward in cell phone technology: the release of the iPhone 6. Although Apple has not formally announced the product launch, industry leaks and company history indicate that the release date will occur in September.

In late August, Apple added fuel to the fire by sending out a mysterious announcement for Sept. 9, 2014. The graphic announcement contained the text, "9.9.2014. Wish we could say more." For industry insiders, it seems obvious that the Apple event will contain an announcement about the iPhone 6.

"Accidental" leaks about the iPhone 6 have been circulating on the Internet for months. According to the most popular rumors, the new model will be considerably bigger, offering a larger screen area. In fact, many sources have speculated that Apple will release two different iPhones: one with a 4.7-inch screen and one with a 5-inch screen. Leaked photos of an alleged prototype show a thinner phone with rounder edges. Many rumors also talk about a larger battery that will support the larger screen and offer a longer run time on a full charge.

The Sept. 9 Apple event is expected to introduce the public to the new iPhone 6, with the actual release date happening later in the month. If the company sticks to its past release pattern, the phone will be available for purchase several weeks later. According to some sources, the 5-inch model may be released weeks or months after the 4.7-inch model.

Apple has been relatively mute on the subject of the new iPhone. It has announced that an updated operating system will be released in the fall of 2014; the new version of iOS is likely to coincide with the launch of the iPhone 6.

Many mobile industry insiders have also predicted that Apple will announce its first foray into wearable technology at the Sept. 9 event. The company received a patent for a smart watch in July 2014, sparking rumors of an "iWatch." In June, Apple launched the apps HealthKit and HomeKit, which keep track of health stats and control smart homes, respectively. Both apps would be an ideal fit for a smart watch. Mac-related news sources are split on whether or not the company will hold the iWatch discussion in September or at a later date.

As the 2014 Apple event draws closer, the frenzy in the mobile technology industry is only expected to grow stronger. Whether the company releases the iPhone 6 alone or with a wearable tech device, Apple fans are certain to be glued to their computer screens for the September announcement.

Photo courtesy of scottchan at FreeDigitalPhotos.net