ModCloth Was Acquired by Walmart 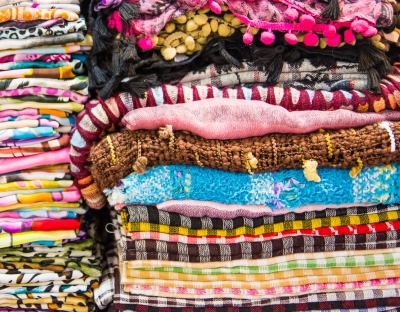 Changes in the fashion industry always make waves, and Wal-Mart's takeover of indie favorite ModCloth is no exception. After several weeks of speculation, Wal-Mart confirmed on March 17, 2017, that it had purchased cult women’s fashion retailer ModCloth in an all-cash deal led by executives at its subsidiary, Jet.com. According to sources at the company, ModCloth will continue to operate as a standalone business under the retail giant's umbrella.

Many industry experts believe that the company’s purchase of ModCloth was wholly strategic, aimed at broadening Wal-Mart's appeal and enabling more effective competition with other powerful online retailers. In 2016, the company bought Jet.com for $3.3 billion, expanding its web presence significantly as a result. In January 2017, Jet added ShoeBuy to its inventory. Also in January, Wal-Mart increased the pressure in its long-running battle with Amazon, consolidating its upper management team in an effort to catch up to its online rival. The company acquired Moosejaw, an outdoor e-tailer, in February 2017, gaining access to fashion industry crossover brands such as North Face in the process. Shortly before purchasing ModCloth, Wal-Mart exponentially increased the number of products in its web-based lineup and began offering free shipping on purchases over $35.

For some longtime ModCloth customers, news of the acquisition came as an unpleasant shock. ModCloth’s humble beginnings as a vintage clothing store in 2002 made the company an approachable addition to the fashion industry, even as it achieved rapid growth in subsequent years. At its height, ModCloth’s net income surpassed $150 million per year. In 2014, however, shaky sales and layoffs began to take the shine off the once-popular online retailer, which struggled to regain a healthy following. According to some sources, Wal-Mart paid between $50 and $75 million for the fashion outlet at the time of the takeover.

On the plus side, designers who sold their creations via ModCloth gained access to a much broader audience when Wal-Mart signed on the dotted line. ModCloth’s wares will be sold on Jet.com as Wal-Mart continues to expand its online presence. The ModCloth store in Austin, Texas, will also continue to welcome fashion industry shoppers in person. ModCloth’s continued success may depend not only on new consumers discovering the retailer, but also on its existing customers continuing to patronize the company.

It its quest to position Jet as a viable alternative to Amazon, Wal-Mart has purchased a range of smaller retailers. According to Wal-Mart spokespeople, the company hopes that its ModCloth takeover will attract new customers as it expands Jet’s range of clothing and accessories to rival the rest of the fashion industry.

Photo courtesy of Feelart at FreeDigitalPhotos.net