Most Ridiculous Reasons Why You Didn't Get the Job 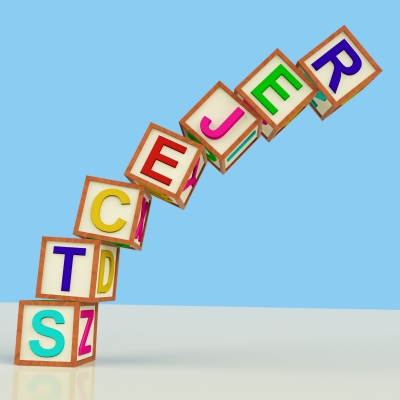 Job candidates are often in the dark about hiring decisions, so it can be insulting to find out the absurd logic behind a rejection. After reading these ridiculous reasons why job candidates are turned away, you might prefer to get vague feedback from hiring managers.

Don't take it personally if you get rejected for not having a decade of experience in a young, fast-changing industry. Sometimes, employers have laughably flawed expectations from the start. Steve Johnson, a Quora user and founder of Under10 Playbook, shared the story of his recruiter friend who fielded requests for job candidates with 15 years of social media experience. Many hiring managers try to shrink the candidate pool and attract rare talent with an intimidating list of requirements. But as Johnson points out, "15 years ago there was no Facebook or Twitter."

In early 2017, Canadian Taylor Byrnes used Facebook and Twitter to publicize her unsettling experience with online delivery service SkipTheDishes. After a seemingly good phone interview, Byrnes sent an email asking the talent acquisition coordinator about the salary and benefits for the position. The recruiter responded by canceling the second interview and questioning Byrnes' priorities. In her email response, the recruiter explained that the company was looking for "proven self-starters" who showed "intrinsic motivation" and "perseverance in pursuit of company goals." Unsurprisingly, SkipTheDishes co-founder Joshua Simair reached out to apologize and reschedule after the unfounded rejection went viral on social media.

Beware a hiring manager's motives when your interview comes with a lunch or dinner invitation. A Ladders reader recounted a story of a job candidate who was rejected for salting his food before tasting it. The recruiter likely borrowed this flimsy hiring tactic from early 20th century tycoons, such as Henry Ford. The salting test is linked to many well-known American companies and business legends, and it implies that acting too soon is a sign of a poor decision-maker.

Most hiring managers want to avoid legal battles, so they're smart enough to keep discriminatory rejections under wraps. Yet, job candidates might find out the real story if hiring professionals aren't careful about where they have conversations. After a stellar interview, Quora user Kseniya Melnikova, a technical and corporate communications specialist, overheard the interviewer saying she could never hire someone with such a foreign-sounding name. Despite raving about Melnikova's great qualifications, the interviewer said the company preferred people with "English names."

Sadly, it's common practice for hiring managers to screen out job candidates who aren't currently working. Many employers wrongly assume unemployed candidates are deficient in some way, forcing nervous job seekers to hide employment gaps on their resumes. People leave the workforce for a variety of reasons, whether it’s getting laid off or becoming a caregiver for a relative. Hiring people who need jobs may seem like the obvious solution to long recruitment cycles and alleged skills gaps, but employers prefer to waste time and money hunting for a mythical star candidate.

Job candidates have little insight about what happens behind the scenes, and there's no way to know every factor involved in hiring decisions. Don't get discouraged when an employer rejects you for a silly reason. Companies that mistreat job seekers often have lots of organizational problems lurking beneath the surface.

Here’s a great explanation of what the blockchain is from the perso...
news from Markets

Sheryl Sandberg Plans To Change The Conversation Around Grief — & A...
news via Refinery29
Oliver Stone On Interviewing Putin, Documenting Snowden, And Making...
news via Media - The...