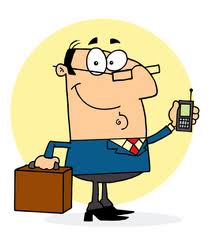 I love my attorney.  People can make all the lawyer jokes they want to, but not me.  He has bruly been a benefit to me.

Now lucky for me what I have needed him for has never been criminal.  However, in this life, events happen to us that we don’t plan for and it helps to have someone who can take you through these events as needed.

For instance, I am disabled.  I’m bi-polar and obsessive compulsive, and I am on Social Security Disability.  Lucky for me, I also have a pension that I earned to go with it.

When I was 42, I woke up and the whole top of my head was numb.  I figured I had slept funny, as this can happen to your leg and arm.  I know it sounds goofy, but what did I know.  I didn’t even take aspirin back then.

A month later, the top of my head was still numb.  I now had other symptoms too.  Thoughts were racing in my head.  I felt like I had bees up there.  I also started getting crazy, though non-threatening thoughts. For instance, I went to breakfast with my wife, and wanted to stand up and start singing.  Another time in an elevator full of people, I wanted to start dancing.

“What is wrong with me?”  I finally went to my doctor.  He told me my scalp was numb because my stress levels were so high that I had cut off circulation to my scalp.  The reason was I didn’t get married until I was 41.   I had been single until then.  I was probably always border-line with symptoms, but the added pressure of even a very happy marriage put me over the top.

Think about it.  You can always sleep on your brother’s couch if you screw up, but you can’t take your wife and kid there.  At any rate, I decided to seek therapy.  The medication and counseling did wonders.  At a certain point; however, I could not go on.  The pressure of a full time job caused symptoms too many to list in this blog.

Sure, I had learned to control the silly thoughts with a technique called easy in- easy out where you say, ”No, you won't dance today - it's a silly thought, I’ll sit still.”   The thought pops in easy, and pops out easy.  But, I couldn’t go on working.  I fought the good fight, but after 7 years I needed to go on disability.  I used to say if I lost my arms and legs, I’d still work.  Almost lose your mind, and try it.

I knew I’d need an attorney, and I knew who I would use.  My therapist had recommended an attorney for my wife once for another matter, again not criminal.   I didn’t really have a good opinion of lawyers at that time, so the first time I met him with my wife, I was prepared to be suspicious.  I found I really liked him in only 5 minutes.  He was kind and compassionate.  He listened really well and cared.  He also knew when to tell me to shut up, and he did it nicely.

It took 2 years and 10 months and a lot of my pension I had saved while I waited.  In the end, I had to go to a hearing and was approved for Social Security.  And my attorney made sure I had all the reports and doctor’s statements I needed before the adjudicator.

In the course of my life, I have used my attorney for an insurance claim when I was hit by a driver who ran a red light.  My neck still hurts, by the way.  I also used him for my daughter when her medical insurance would not pay for a necessary treatment.  And, of course; he drew up my will.

My attorney I can say; to close, is also my friend.