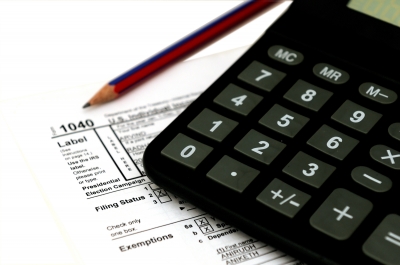 Since the United States experienced a recession in 2008 and 2009, the job outlook has not been positive for many college graduates. For accounting majors, however, the job market is strong. According to a report from the National Association for Colleges and Employers (NACE), a majority of accounting students can expect to get job offers even before they graduate.

The NACE Class of 2013 Student Survey Report states that 61.2 percent of graduating accounting majors had job offers before they completed their final year of college. When it came to pregraduation job prospects, accounting students came in third place. In first place were computer science students—70 percent had at least one offer. Second place went to economics majors with 61.5 percent of students getting one or more offers before the end of the year.

The NACE report compares data from students in seventeen different majors who are seeking full-time employment after graduation. To compile the information, NACE surveyed 9,715 senior college students. Released in November of 2013, the report contained data collected between mid-February and the end of March in 2013.

For graduates who are entering the accounting industry, the NACE report is a positive job outlook indicator, particularly given the dismal economic conditions of the past several years.

In addition to collecting data about students who receive employment offers before graduation, NACE examines the number of students who accept jobs. In this area, accounting majors come out on top. According to NACE, 54.7 percent of accounting majors secure a job before graduation. The remaining students can be accounted for in a number of ways—some go on to graduate school, while others accept jobs after they graduate.

The NACE findings for 2013 were similar to those for 2012, indicating that the accounting industry is maintaining its strength. The NACE information is in line with the projections from the U.S. Bureau of Labor Statistics (BLS), which estimates that the industry will grow by just 13 percent between 2012 and 2022. The BLS estimates that the overall growth rate for all occupations will increase by 11 percent during the same period, putting the accounting industry just above the national average.

According to the BLS statistics, accountants earned a median salary of $63,550, or $30.55 per hour, in 2012. The national wage average for the same year was 44,321.67, so the salary outlook for accounting majors is positive. Though accounting jobs do not have the highest entry-level salaries—that honor goes to engineering majors, according to a recent story from The Sacramento Bee—they can expect to make more than the national average.

Despite the tough economic times in the United States in the past several years, the accounting industry remains strong. The majority of accounting majors can expect to secure employment offers and jobs before graduation. As a result, the industry is an ideal choice for college students seeking a profitable career and a reasonable postgraduation job outlook.