NLRB Says You Can Fire an Employee for a Bad Attitude 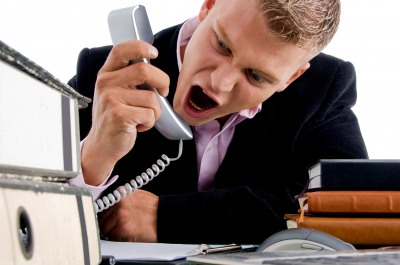 Firing an employee is never a pleasant experience. There are so many rules and regulations to follow, that the entire process needs to be handled with care. This is especially true when you're dealing with disgruntled employees or those with negative attitudes because these types of people are more likely to issue a wrongful termination lawsuit against the company. By ensuring your company has clear behavior policies, you can gather documented proof that an employee's negative attitude is affecting the company and that you've followed your company's disciplinary action procedures. Provided you have this proof, you can fire employees with bad attitudes without subjecting your company to an unwanted lawsuit.

The National Labor Relations Board (NLRB) debunked the common misconception that you can't fire an employee who displays a bad attitude during the review of a union-initiated dispute. Cooper River, a restaurant in Boiling Springs, South Carolina, fired two employees during the midst of a large labor-management altercation. The complaint claimed employees were fired for supporting the union. However, the company provided evidence that one employee violated company policy by telling customers that she didn't like the restaurant and then calling the managers "stupid" after she was counseled for inappropriate behavior. The National Labor Relations Board reviewed the evidence and the company handbook and deemed that the restaurant had reason for the termination.

The key aspect in this case was the fact that the restaurant's employee handbook contained a clause explaining that insubordination to a manager, showing a lack of respect, and not cooperating with fellow employees or guests is unacceptable behavior. It also specified that displaying a negative attitude that's disruptive to other staff members or has a negative impact on guests is included in the clause. HR Morning, an online resource for human resources professionals, refers to situations such as these as "firing an employee for failing to meet behavior standards."

The result of this case has piqued the interest of human resources employees nationwide, but it doesn't mean that you can terminate every employee with a negative attitude. Firing an employee for displaying a bad attitude is a delicate situation that needs to be handled carefully. It's considered best practice to speak with problem employees about the company's behavior standards and initiate the company's disciplinary action process before firing an employee with behavior issues.

Before firing an employee with a negative attitude, you need to make sure you have the proper documentation. Your company needs a detailed policy that covers insubordination and employee behavior. The policy should outline what type of behavior is unacceptable. You should also retain employee-signed documents that prove your employees were given a copy of the policy. In addition, managers should document each occurrence of negative behavior that impacts the company or its employees as part of the disciplinary action process.

Basically, the NLRB's ruling proves that you can terminate employees for behavior issues. But, if you're firing an employee for displaying a bad attitude, make sure you have taken the proper steps, followed company procedures, and have proper documentation to back up your decision.