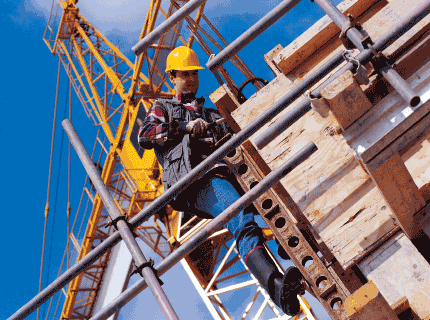 If you’re single, don’t mind moving and looking for a job in construction, Australia is hiring—big time. The call is out for American plumbers, electricians and construction workers for all manner of Outback projects—especially in mining and gas. Australia's drive to develop its mines, railways and ports has severely taxed its existing civil engineering work force.

Australia trains fewer than half the engineers it needs, and the skills shortage is preventing some construction projects from proceeding on schedule. A recent survey noted that 75 per cent of Australian construction companies expect they’ll encounter major problems in getting the skilled labor they’ll need over the next six months.
The US unemployment rate is 8.3 percent (more like 15 percent if you count those that have given up or settled for part time work). The construction industry has been particularly hard hit with workers scrambling for any kind of work. In contrast, the Australian unemployment rate is a healthy 5.2 percent. Yes, you’ll have to settle in halfway around the world, but you’ll be among the best paid workers in the world.
While it’s been a hurtle to get licenses in the past, Australia is in such a bind that they’ve streamlined the process. Your skills can now be assessed in the US, ensuring you’ll be able to qualify for work the minute you step off the plane. This skills assessment program is already in play in a number of other countries.
Australia recently hosted its first ever skills expo in Houston, Texas, which detailed the variety of jobs currently being offered and how Americans can apply. Many US workers took advantage of Australia’s SO457 visas--employer-sponsored visas that permit foreign citizens to live and work in Australia for up to four years. Last year, the number of 457 visa holders jumped by 11 percent--to 128,600. If you’re a single US war veteran, working in a remote Australian mine site could be one way to make some good money.
Australia side-stepped the global recession because it was able to satisfy Chinese demand for raw materials like iron ore and coal. Many construction jobs will be those involved in  building mines, railways and ports in remote parts of Western Australia and Queensland states. By 2015, the civil engineering work force, which includes plumbers and electricians, will grow from the current work force of 35,000 to over 75,000.
So if you can’t find construction work stateside, contact Australian mining giants like BHP Billiton and Rio Tinto    about projects they may need help with. They can guide you through Australia’s SO457 visa process.