Need a Decent Job Right Out of College? One Word: Software 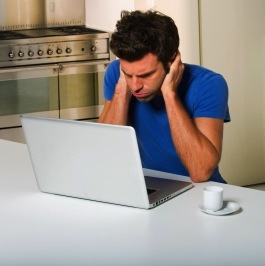 If you’re eager to land a high paying job right out of college, it often pays to listen to people with the foresight to know where the jobs are in this decade. As Ben was singularly advised by an impromptu mentor at his graduation party in The Graduate, one word is all you really need to know to point you in the right direction—software.

Software will soon touch virtually everything around us. Smart phones will grow increasingly smarter as apps proliferate and expand into areas previously unimagined. There’s already a smartphone app that tells you the best time to take a bathroom break or buy popcorn during a movie while you’re at the show. Over 50 billion apps have been downloaded on Apple products. Software is being developed to drive your car for you, to tell your refrigerator when to order beer or milk from the market when you run low. The Chevy Volt has 10 million lines of code, 2 million more than in the F-35 fighter jet. Wearable computing devices will need advanced software, a move spearheaded by the likes of Nike’s FuelBand. Needless to say, developing an app is already a key project in virtually every company.

Big data job guru, Burning Glass Technologies recently found that from 2007 to 2012 the number of software jobs grew by 31%--triple the rate of overall US job growth. A Core IT Positions chart by the Computing Technology Industry Association and Bureau of Labor Statistics reveals just how impactful software will be through 2020. If you have a STEM degree (science, technology, engineering, math), you’ve got a good head start. But you should know that the competition for these high paying jobs is fierce. STEM grads from countries like China and India are competing for stateside programming jobs. Yes, they’ll be asking a lot less money, but some employers will want programmers to work onsite; others will want native English speakers, especially as programmers move up and need to communicate with upper management and the general public. That said, many software developers and engineers, priced out of the US job market, are opting to relocate to China, India and South America where the salaries may be lower but so is the cost of living.

To land a high paying software job, you’ll need to familiarize yourself with the latest tools of the trade. Development tools like Pair will boost your productivity and make you increasingly employable. In Pair, two programmers work together at one workstation: a driver writes code while an observer or navigator reviews each line of code as it’s typed in. Pair programs are usually shorter, better designed with fewer bugs than their solo written counterparts. If you land an internship, Pair programming can be a great way to start your career. In The Benefits of Pair Programming and Development Internships, designer/developer Steve Persch describes how Pair programming makes internships fun and rewarding.

Eager to land a high paying job out of college? One word—software. Enough said.