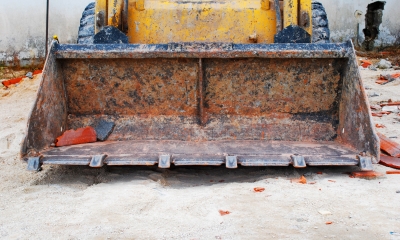 Construction is a high-hazard industry, so construction site safety is a topic that's always popular among construction workers, and executives are always looking for new ways to make construction sites safer. Whether your employees are working at a large or small site, it's imperative that they take proper precautions, even when performing the most routine jobs. The more time you take to make your employees aware and reiterate the importance of being cautious, the more accidents you can prevent.

According to the Occupational Safety and Health Administration (OSHA), of all industries, the construction industry had the highest number of fatal injuries in 2012, and the number of fatal injuries increased from 2011 to 2012. The majority of worker deaths on construction sites were caused by what's known in the construction industry as the fatal four—falls, electrocution, being struck by an object, and being caught in or between an object or objects. According to the Bureau of Labor Statistics, eliminating the accidents that occur as a result of the fatal four would save over four hundred American lives each year. So what can you do to help eliminate these types of accidents at your construction sites?

The first thing you should do is ensure that you and your employees are following proper procedures. If your employees aren't aware of the precautions they should be taking, they can't protect themselves; thus, it's extremely important to take the time to talk to your employees about any concerns you have. According to OSHA, the top ten standards violations that construction sites were cited for in 2012 include:

To prevent injury on construction sites, it's also imperative that you control the amount of workers on site at any given time; this is especially important when workers are operating heavy machinery such as backhoes. When an employee is operating a piece of equipment, it's common for other workers to stand by watching. There usually isn't a reason for them to be there; they simply watch out of habit. Unfortunately, this habit unnecessarily exposes these workers to injury.

Nearly 6.5 million people work at roughly 252,000 construction sites through the United States every day, and it's up to employers to make sure these workers have the proper training and know how to follow procedures. Fortunately, by improving communication to make employees aware of any concerns and reducing the number of unnecessary workers on construction sites, most injuries can be avoided.

AI could soon be all around us — here's how that could upend 8 diff...
news from Markets

Posthaste: The mysterious case of the falling dollar — and what it ...
news via Financial Post - Top...