Net Neutrality Approved by the FCC 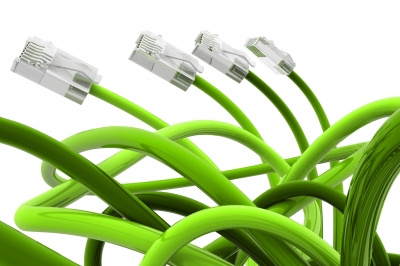 Net neutrality has been a debate topic within the Federal Communications Commission for a decade, ever since the Internet became popular with most consumers. The regulatory agency finally approved a set of rules and regulations that govern how companies deliver Internet connections to people's homes and devices.

Net neutrality can be a confusing and highly technical topic, but it has aroused passions in people on both sides of the debate. On one side, Internet providers such as AT&T, Comcast and Verizon generally feel the regulations may lead to higher fees for consumers. The other end of the spectrum features companies such as Netflix, Google and Twitter that all believe these rules are necessary to prevent Internet providers from exerting control over who has access to the Internet and who does not.

The main issue lies with how Internet services get delivered to homes and devices. Net neutrality rules state that broadband providers cannot develop so-called express lanes for faster services provided only to people who pay extra for them. The FCC stated that people who stream lots of video must receive their Internet connection on the same type of technology as someone who simply checks email everyday. The regulations mean providers cannot create higher-speed delivery systems at consumers' expense, but the rules also do not require companies to build more infrastructure to handle greater loads.

The core issue remains access. Net neutrality asserts everyone should be able to access the Internet in the same way. The rules essentially do not change how people pay for an Internet connection, access wireless networks or get high-speed Internet at home. The FCC simply states that providers are not allowed to change the way consumers get their connections, even though consumers can pay for larger data plans and higher speeds on individual accounts.

With more and more tech devices connected to the Internet, broadband companies and local providers may have to improve infrastructure to keep up with demand anyway. Devices that connect to each other over long distances to control aspects of a home environment such as thermostats, lighting and appliances, and tablet computers such as iPads that can set home entertainment options on any television in the house are all creating extra demand on systems.

As more people use more devices, Internet companies must adapt, or consumers will find new providers that can deliver the speeds and download capabilities needed. The new net neutrality rules will not change consumers' desires for more interconnectivity, greater cloud computing capabilities or better security measures. With more fancy devices headed to market in 2015, wireless companies will have to keep running just to keep pace.

At its core, net neutrality does not change anything for consumers. Streaming videos may still be delayed during peak watching times because of jams somewhere along the information superhighway. Net neutrality's premise is that access to basic services cannot change, which means families that sit down to watch Netflix on Friday nights may still have to tolerate next door neighbors who check email creating a logjam.