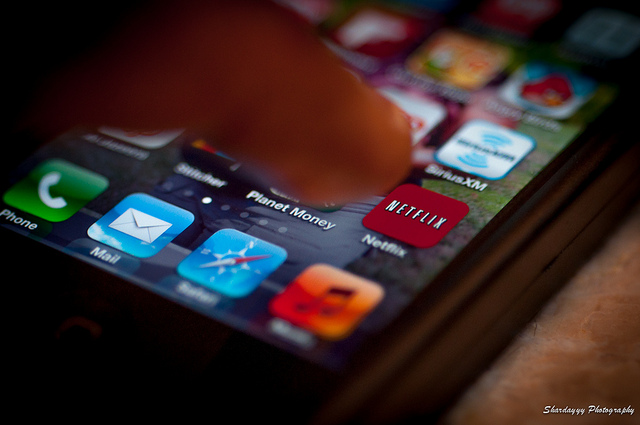 Netflix stock tumbled 27 percent in early October 2014 because the video streaming giant failed to sign up as many new subscribers as the company predicted. Netflix blames the fall on the rate increase for new subscriptions by $1 per month. The news came as competitor HBO announced a new streaming service due to begin in 2015, and Netflix said it will fund more original movie titles in coming years.

Netflix brought in 980,000 new American customers during the third quarter of 2014, down from 1.29 million during the same period a year earlier. The video streaming service costs $8.99 per month for first-time subscribers, a price hike from 2013. Worldwide, Netflix added 3.02 million streaming customers, down from the 3.69 million new subscribers the company predicted in July.

Netflix argued its original programming such as "Orange is the New Black" and "House of Cards" can compete with HBO. The video streaming company said it will finance four new Adam Sandler movies and a sequel to "Crouching Tiger, Hidden Dragon."

Despite the stock selloff following the quarterly call, Netflix still traded at more than $333 per share, down from $448 per share before the announcement. Less than a week later, stock prices were up to $366 per share. Raising rates, over the long term, will not hinder Netflix. Revenue and income rose in the third quarter of 2014 over the same period a year ago, even though new customers did not arrive as predicted.

The main question Netflix must answer is how to increase its customer base amid a growing number of competitors. Amazon, Hulu, YouTube and now HBO have eclipsed the Netflix model in a short span of time with movie deals, original programming and competitive pricing. HBO partnered with Amazon Instant Video to exclusively stream its shows, and that success led to HBO's own streaming service. Redbox kiosks outside brick-and-mortar stores have not disappeared.

The Netflix streaming service is still cheaper than two DVD purchases, and the video streaming service still costs less than a new-release DVD. DVD sales are down, and DVD player sales decreased 20 percent from 2010 to 2012. Yet somehow Netflix has not convinced new subscribers of this trend as downloads to Internet-ready televisions, tablets and smartphones have become uber-convenient.

Perhaps Netflix needs a new marketing director, even though Leslie Kilgore left that position in January 2012. The former chief marketing officer was with Netflix for 12 years, and she was an Amazon executive before her time at Netflix. Reed Hastings, the founder and CEO of the video streaming company, is not leaving despite staff shake-ups in his executive team.

Netflix still leads the industry as the world's largest video streaming company. The company took a hit for raising rates in 2013, yet the business model thrives due to a competitive market for millions of customers who want video content downloaded as efficiently as possible to televisions, tablets and smartphones. All Netflix has to do is listen to its customers.

Photo courtesy of Shardayyy at Flickr.com

The investment strategist at $245 billion OppenheimerFunds identifi...
news from Markets

Netflix is 'getting closer to escape velocity' (NFLX)
news from Markets