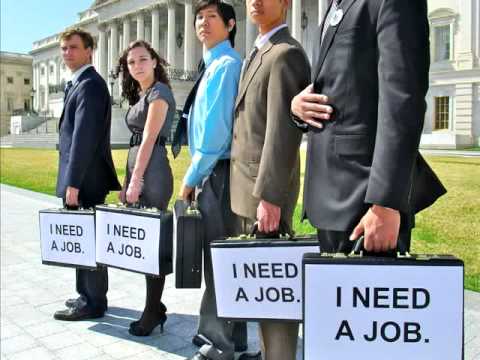 There's been a lot of talk lately about the benefits of college, versus the huge student loan debt and lack of employment prospects. As the economy improves, young college graduates are still having trouble finding work in their fields and are feeling the weight of their loan debt. The debate has been heating up and even President Obama has joined in. In a recent speech at the University of North Carolina, the president said that he and his wife had only paid off their student loans 8 years ago.

In addition to the debate about the cost of a degree and student loan interest, a surprising report by the Associated Press last week revealed that 53% of young college graduates (under 25) are unemployed or underemployed. Here's what they said about it:


About 1.5 million, or 53.6 percent, of bachelor's degree-holders under the age of 25 last year were jobless or underemployed, the highest share in at least 11 years. In 2000, the share was at a low of 41 percent, before the dot-com bust erased job gains for college graduates in the telecommunications and IT fields.

Out of the 1.5 million who languished in the job market, about half were underemployed, an increase from the previous year.

The AP noted that recent college grads were much more likely to work as waiters, bartenders and food-service help then they were to be working in their fields. This means that while they still have to pay back their student loans, they are less likely to be able to find the kinds of jobs that would make it possible.

So, why is this? Well, a good part of the blame can be put on the economic recession, when there weren't many jobs to go around, newly graduated students were losing out to more qualified and experience employees who found themselves laid off or downsized from their previous jobs. The other problem is that the number of students getting degrees has gone up tremendously in the past decade. In fact, the number of Americans, under the age of 25, with bachelor's degrees has increased 38% since 2000. In that time, there haven't been enough new jobs created to match the demand.

What's even more worrying is that for every college educated employee working at a coffee shop, a restaurant, a retail store or in a low skilled job, there is probably someone with only a high school diploma out of work. We don't want to lose this generation of young people. With this many people being over educated and underpaid, we run the risk of alienating anyone under 25.

What do you think about the problem? What can we do to help change it?