New Study Gives Odds That Jobs Will Be Replaced by Robots 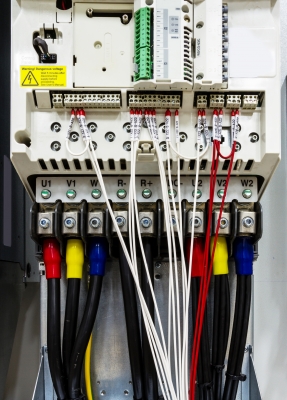 Every professional wants to feel like an irreplaceable part of an organization, but increasingly advanced technology may eliminate the need for human workers from various positions. A new robotics study reveals that the majority of jobs in the United States are threatened by automated technology. Although the research is worrisome for many employees, the advances promise to bring greater efficiency to their respective fields.

According to a recent robotics study by Stuart Elliott, an analyst at the Organisation for Economic Co-operation and Development, robots have the potential to replace humans in roughly 80 percent of jobs within the next two decades. The exploratory robotics study takes into consideration technological advances in movement, reasoning and speech to draw its conclusions. In the overview of the study published in Issues in Science and Technology, Elliott admits that this type of research is far from foolproof due to the difficulty in comparing computer abilities and occupational skills, but the robotics study still offers valuable insight into the rise of robotics.

Using the U.S. Department of Labor’s O*NET system, Elliott examines the ratings on a seven-point scale that determine the required ability levels for various occupations. The abilities are grouped into two major categories, language/reasoning and speech/movement, and the highest rating within each category was used for the group as a whole. Elliott adds that a comparison of O*NET levels and sample tasks given to robotics systems reveal that the abilities of robotics land in the middle range across each of the four categories.

An additional robotics study by Oxford University gives even greater insight into the robotics revolution, examining which fields have the largest and smallest risk of becoming automated within the next several decades. This research shows that roughly 47 percent of all jobs in the country are at a high risk of being eliminated in favor of automated technology. Some of the fields that will be most affected include administration, manufacturing, office support and logistics in transportation. Particular positions, such as that of a telemarketer, mathematical technician and insurance underwriter, top the list of potentially automated jobs.

Despite the statistics cited in these robotics studies, some jobs will continue to require human workers due to the need for social interaction, creativity and a high skill level. Some of the professions least likely to become automated include recreational therapy, audiology, occupational therapy, emergency management directing and various types of social work.

If you fear that your job position may be converted to an automated job in the next several decades, ensure that you are indispensable by gaining advanced skills in your field through self-study and continued education. Also, keep in mind that although the cited robotics study uses high-quality research methods, its results are not definitive.

Janelle Monae: How An Outsider Became a Visionary Superstar
news via Refinery29