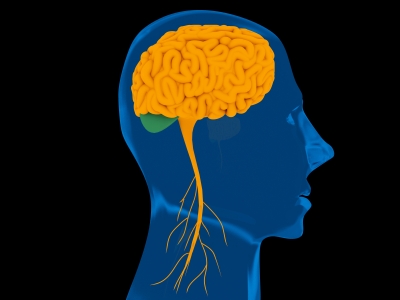 For patients with rare brain tumors, conventional treatments don't always work. Chemotherapy has undesirable side effects such as fatigue, hair loss and digestive problems. In some cases, a neurosurgeon is unable to remove the entire tumor, allowing cancer cells to multiply. Now there is a device on the market that kills cancer cells without the use of toxic chemotherapy drugs. This brain tumor treatment device is ideal for people with rare brain cancers.

In 2011, the U.S. Food and Drug Administration approved the NovoTTF-100A system to treat glioblastoma multiforme, the most aggressive type of primary brain tumor found in humans. The system is made up of a battery-operated device that produces alternating electrical fields called tumor treatment fields, or TTFs. TTFs are applied directly to the scalp of a patient who has glioblastoma, allowing the NovoTTF-100A system to deliver the electrical fields directly to the brain tumor. Initially, the FDA only approved the system for use in adult patients who are at least 22 years old. The NovoTTF-100A system should not be used in people who already have electronic devices, such as pacemakers or spinal cord stimulators, implanted in their bodies.

While the NovoTTF-100A system is not exactly an unusual cancer treatment, it represents a great advance in treating rare brain tumors. As of February 2015, the device is only approved for people with recurrent glioblastoma, but researchers are working to demonstrate the efficacy of the system in people who have been newly diagnosed with the aggressive brain cancer. The results seem promising for those diagnosed with glioblastoma and other types of brain tumors. A clinical trial was discontinued when an independent monitoring committee saw how much of a survival benefit the NovoTTF-100A system granted to people in the experimental group. Members of the committee felt it was unethical to deprive the people in the control group of the opportunity to receive therapy with the device.

Until now, rare brain tumors have presented a real challenge to neurosurgeons, oncologists and other health professionals. With the approval of the NovoTTF-100A system to treat recurrent glioblastoma, researchers have the opportunity to develop treatments that shrink or eradicate brain tumors without producing the undesirable side effects of chemotherapy and radiation. This major advance in cancer treatment gives people with brain tumors hope for the future.

Photo courtesy of cooldesign at FreeDigitalPhotos.net