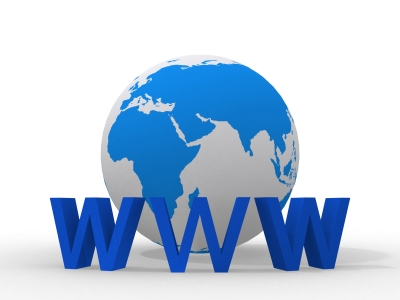 When Microsoft Windows 10 comes to market, the software giant's ubiquitous, oft-criticized and under-supported web browser Internet Explorer may not be invited to the party. A lighter version, code-named "Spartan," is supposedly in the works. Sources from various news media outlets claim Explorer will not be coming back, but official Microsoft representatives say otherwise.

TechSpot reported that both Spartan and Internet Explorer 11 will be included with Microsoft Windows 10. Spartan may turn into IE 12, or it could end up being named something entirely different. The new web browser is expected to be more like its main competitors, Google Chrome and Mozilla Firefox.

Other media reports claim Spartan will accept "extensions," features that are called plug-ins and add-ons within competing web browsers. Spartan would therefore work with newer websites that employed these. IE 11 would remain on the operating system for backward compatibility. Whether users would choose which browser to use at run time or the two would somehow be integrated is unclear.

Having more than one web browser could create particular issues for large companies with complex IT environments. Some have invested heavily in intranet applications that are compatible with previous versions of Explorer. Overhauling all of their internal software would, in most cases, be very expensive and consume valuable resources that could be helping in other areas. These intranet frameworks help explain why Internet Explorer still maintains a larger market share than Chrome of Firefox despite the security flaws found in multiple versions of Microsoft's web browser.

Microsoft will likely show off its new browser sometime before Windows 10 ships. At this point, Spartan is expected to be able to run on mobile versions of the Windows operating systems for smartphones and tablets. There is no word yet on whether it will work on either Android or Apple devices.

There are multiple reasons why Spartan is slated to be called something other than Internet Explorer. Microsoft wants customers to think of the browser as something entirely new, as Internet Explorer has a long history of security flaws. Many software developers also harbor a lingering distaste for it, having had to frequently jump through hoops in order to make their applications work on it.

For the new browser to succeed, Microsoft needs to undertake a massive marketing campaign to go along with it. Touting it as the most energy-efficient browser will not be enough to win over new customers. The company will need to find some compelling features or innovative interoperability within the operating system to stem the steady tide of former IE users who have migrated to the competition.

A new web browser from Microsoft is always major news. How customers and businesses initially respond to the new application will help determine whether Microsoft should expand its effort in developing Spartan or fall back on the next version of Internet Explorer – or some combination of the two – in Windows 11.

Microsoft pushes 'in cloud' settings collection to simplify PC mana...
news via Computerworld
Why Chrome will never be on the Windows Store or Windows 10 S
news via Yahoo News - Latest...