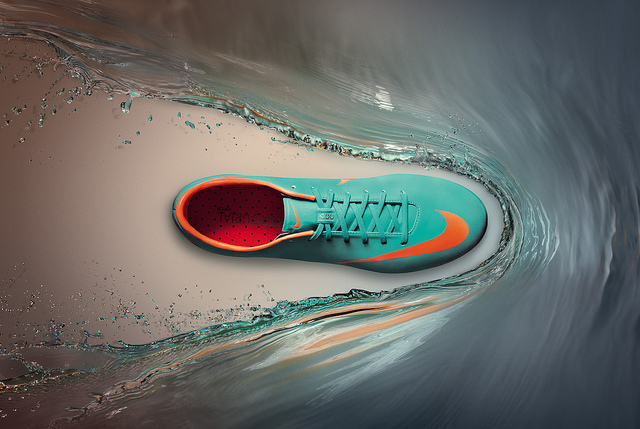 The Asian trade pact, known as the Trans-Pacific Partnership, eliminates duties so Nike can free up extra revenue for other operations. Although many Nike shoes are made overseas, jobs in the United States could revolve around technology and engineering aspects of the shoe business. The company expects to create 40,000 jobs worldwide. Nike employs more than 1 million people in factories across the globe.

Obama made the announcement of the trade deal at Nike headquarters, where he was joined by CEO Mark Parker. Republicans back the trade agreement, but Democrats are wary that the Asian trade pact may send more jobs overseas rather than keep them in America. Obama called his own political party's opposition "wrong."

Obama believes the international agreement would counter China's economic juggernaut, especially when it comes to labor standards, wages and currency manipulation. The Asian trade pact may increase environmental standards among American trading partners. The move could make other nonpact countries increase their labor standards to compete. The overall goal of the plan is to increase the trade balance of the United States among Asian countries that largely export goods to America.

Parker wants to use the Asian trade pact to move his company beyond Nike shoes. The CEO expects to create products customized for individuals thanks to innovations in engineering and technology, which includes making apps for new products such as the Apple Watch. Innovations may change how the company manufactures shoes in all aspects of the production process. Nike's revenue continues to climb; the company had $7.5 billion in revenue in the third quarter of 2015, which was 7 percent higher than the previous quarter.

This new push by Nike comes two years after it decided to invest $600,000 in a company known as Grabit. The firm's electro-adhesion technology could streamline the manufacturing process of several companies, including how Nike makes its shoes. The company could save millions of dollars due to lower labor costs, better risk management, greater output and better revenue. More efficient factories put products on store shelves faster, while workers reduce injuries on the job due to repetitive motions. Even if Nike's Grabit investment does not necessarily mean all of the jobs created for Nike stay in America, smaller firms get a chance to increase their labor pool by hiring more engineers and programmers to help implement their technology for customers such as the vaunted athletic shoe maker.

The Asian trade pact could create high-paying manufacturing jobs in the United States that revolve around automated processes for making high-end athletic shoes. If Nike's customization plan comes to fruition, someone could potentially design a shoe with a Nike app to have the factory produce it within days.