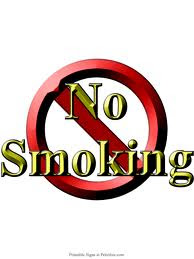 A recent article in USA Today describes the trend among hotels to ban smoking in the rooms. Many hotels had set aside a majority of rooms as non-smoking. For example, the Marriott affiliated hotels had 90% of their room designated non-smoking and the Westin chain was at 92% before they went 100% smoke free a few years back. As in office complexes, there may be a “Designated Smoking Area” but lighting-up in the room will be forbidden.

The ban on smoking follows the pattern set by restaurants. Restaurant guests often complained about having to eat next to someone who chose to enjoy a cigarette – or cigar!—after their meal. The restaurants found it advantageous to ask “Smoking or Non-Smoking” before seating a diner. This was followed by restaurants going completely smoke-free and, on rare occasions, the establishment of “cigar bars” that catered only to a smoking clientele. Of course the change to smoke-free was hastened by local, state, and federal government. (729 counties and cities have laws on the books regarding hotel smoking – up by 50% over the last two years.)

Similarly, hotel guests were complaining about the smell of smoke in their rooms. The USA Today article quoted a business traveler from Atlanta, who said, "There is nothing worse than walking into your temporary home and being walloped by the stench of smoke. Even with the sheets washed, the smell lingers in the carpets and furniture." But complaints were also registered against adjoining or even a near-by room that held a smoker, the odor was so pervasive.

The cost of going smoke free for a hotel is two-fold. First, they must get rid of that odor in former smoking rooms. This might necessitate the replacement of carpets, draperies, and even furniture. Wall-paper may need to be changed as well. Second, they must face the loss of revenue from smoking patrons. Again, the USA Today article cited a businessman who spent 160 nights a year on the road; he decided against staying at Marriotts when they went smoke-free.

But these costs are off-set by the fact that hotels have found the routine maintenance of smoking rooms to be higher than smoke-free rooms.

It is interesting that the international chains that have gone smoke-free have limited the ban to their US facilities. Residents of other countries are not as touchy about smoking as are Americans. And because of this more relaxed attitude towards smoking, some US hotels that cater to international travelers provide smoking rooms. The website, smokers-united.com, offers a listing of 30,000 hotels worldwide that still allow smoking.

If the trend towards smoke-free hotels continues, hopefully it will be propelled by market forces and company policy, not government mandates

By Joe Fairchild - Joe who writes for Hospitalityjobsite.com, has a strong background in employee training and customer service. Semi-retired, he continues working in the hospitality industry for the customer interaction and travel discounts. A veteran financial advisor and public speaker, he delights in helping others find their path and achieve their goals. Read more of his blogs at HospitalityJobsiteBlog.com.

'It's heartbreaking': Inside the fall of a family restaurant
news via Financial Post - Top...
Harvey vs Mrs. O'leary's Cow
blog post from InsureBlog