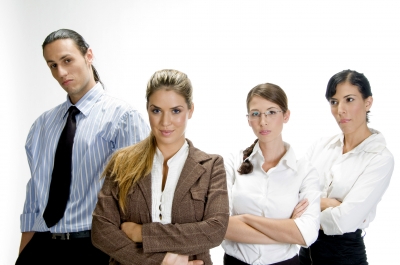 Who’s pushing the envelope in retailing these days? Surprise. It’s Nordstrom, the upscale fashion retailer founded in 1901. With 225 stores bringing in over $10 billion in annual sales, this is one forward-thinking retailer that understands the potential of big data. If you’re looking to launch your career with a retailer that’s on the cutting edge of the mobile digital age, check out what they’re doing in Nordstrom Labs.

Nordstrom’s internal technology lab combines innovations in technology, operations, products, business models and even Nordstrom management. The lab team consists of techies, designers, entrepreneurs, statisticians, researchers, and artists who all work together to discover the future of retail. The group relies on D3.js (a JavaScript library that uses digital data to drive the creation and control of interactive graphical forms running in web browsers) and big data platforms like Hadoop. The goal is to employ a human-centered, design-led innovation process that builds close relationships with customers, and to be, as Nordstrom puts it, “fast and fascinating.”

The Nordstrom Innovation Lab solves the age-old problem of a large corporation’s inertia to change by working in one-week increments. The Lab also borrows the Japanese concept of the Genchi genbutsu used extensively in Toyota’s Production System. Loosely translated, it means, "go and see for yourself." Or get out of your office and talk to real customers, salespeople, and managers in a store. Going one better than simply leaving their offices, Nordstrom Lab team members physically set up shop in a retail store for a week—building products, testing new features, and getting feedback right there in the store.

In one example, team members looked at new and better ways to sell sunglasses by testing iPads as a selling tool. The test allowed customers to use an iPad app, then gathered reactions and suggestions from sales associates to see how the selling tool helped customers decide on whether or not they would make a purchase. In this video, the Nordstrom Lab team builds an entire new product in one week, end-to-end.

Innovation Lab teams have managed to overcome the inherent problems of iOS development—the delays and department obstacles—by bringing iPads with them. During app development, the sales team works on one iPad, while developers work on another. The sales team will then exchange iPads with developers using the latest version of the app.

As an Innovation Lab team member, you can work on one of many ongoing projects, or start your own project. You’ll use the latest technologies—including node.js, Objective-C, AngularJS, R, and Go to validate ideas. As part of the Nordstrom technology team, you won’t be limited by paper or code. You’ll spearhead breakthrough innovations in stack adoption (showcasing a suite of products), operations, products, business models and management.

If you’re interested in joining a Nordstrom innovation team, check out their People Lab.