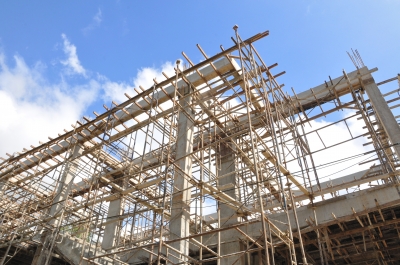 The Occupational Safety and Health Administration protects workers by ensuring employers comply with established safety regulations. The government shutdown reduced the number of inspectors available, putting workers at risk of injury. This is especially dangerous in the construction industry because workers use scaffolding, heavy equipment, and power tools to do their jobs. If you supervise carpenters, framers, and other construction workers, you should be paying special attention to safety issues.

During the government shutdown, more than 90 percent of OSHA inspectors were furloughed. The agency's contingency plan left just two inspectors at each of the 92 OSHA offices throughout the country. As a result, inspectors were unable to complete regular OSHA safety inspections. The remaining inspectors were available to respond to workplace accidents causing fatalities and situations putting workers in danger of immediate harm.

A representative of the AFL-CIO said the government shutdown left OSHA unable to carry out its prevention duties. Inspectors typically respond to complaints, conduct OSHA safety inspections, educate people about safety issues, and conduct research to determine if new safety regulations are needed to protect workers. During the government shutdown, inspectors did not carry out many of these activities, leaving American workers vulnerable to serious injuries and work-related illnesses.

OSHA employees also play an important role in ensuring compliance with construction industry standards. When inspectors identify safety violations during routine inspections, they issue citations. Employers must correct the problem or face additional penalties. In the construction industry, the most violated regulations relate to fall protection, scaffolding safety, and the use of ladders. The amount of the penalty assessed against an employer depends on the severity of the violation. A serious violation comes with a penalty of up to $7,000, for example. The $84 million fine levied against BP after the Texas City refinery explosion was the highest in history.

The shutdown also affected the handling of contested cases. If a construction company is cited by OSHA, the company has the right to ask for an informal settlement conference. During the government shutdown, company representatives were not able to exercise this right. Because OSHA furloughed most of its workers during the shutdown, no one was available to attend settlement conferences or handle other matters related to contested cases. If a company was in the middle of an inspection, it is likely company representatives did not have any contact with OSHA inspectors during the shutdown.

Many people focused on how the shutdown would affect furloughed workers, but it also put the safety of American workers in jeopardy. Because OSHA inspectors were unable to conduct routine inspections, some construction workers were at risk of sustaining crush injuries, serious falls, and work-related vehicle accidents. Take this opportunity to develop your own safety management plan. If another government shutdown occurs, your company will be prepared.