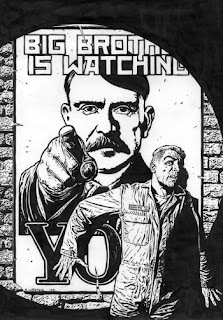 I have said it before, and I will say it again, just in case you missed it the first couple of times. Be very careful about the information that you share on social networking sites. Every week it seems there are new stories being reported of people who have lost their jobs, their reputation and have even rendered themselves virtually un-hireable just by posting questionable or offensive things on their Facebook pages.
In one of the more shocking reports to come out recently, a college student who had over 400 friends, accepted a friend request from a woman he didn't recognize. In her profile picture, she looked like a college student, so he assumed that she must be someone he had met and just didn't remember or that she was possibly a friend of one of his friends. Without being overly concerned, he went ahead an accepted her friend request and didn't give it another thought.
That was right up until a few days later when he was invited to pay a visit to his local police station. He was shocked when he found out that he was being charged with under-aged drinking. And what evidence did the police have to prove his crimes? A photo on his Facebook account that showed him with a group of friends drinking beer at his house.
It seems that his new Facebook friend was really a law enforcement officer, and by accepting the request, he gave them permission to look all of his photos. The student plead no-contest to the charges in court and was ordered to pay a $227 fine.
According to law enforcement officials, social networking sites are just one of the new tools that they have adopted to help them investigate activities like under-aged drinking. And while I can understand the necessity of law enforcement evolving with technology, this sort of investigation tactic just seems a little underhanded to me.
But the truth is that the students were engaging in an illegal activity, and one that the obviously felt comfortable enough with to post the photos of it on the internet. It would be the same as if they took pictures of themselves committing other crimes and posting the evidence online.
Breaking the law by drinking when you are under-aged is not very smart, but taking pictures and putting them on Facebook with the expectation that no one will see them or that nobody will care about this crime is even stupider. It comes down to this, don't post anything online that you don't want everyone in the world to see. That means your parents, your professors, your future boss, you grandparents and even the police. Social networking is so easy and it can lull you into a false sense of security and intimacy by allowing you to chat with your closest friends and share photos and updates at the click of a mouse. But keep in mind that this is just an illusion. There is nothing private on the internet, and if you really feel like you have to share your exploits with your friends, try doing it in a less public way. Like showing them the photos face to face.
Are you looking for a new job? Be sure to visit CollegeJobBank.
By Melissa Kennedy- Melissa is a 9 year blog veteran and a freelance writer, along with helping others find the job of their dreams, she enjoys computer geekery, raising a teenager, supporting her local library, writing about herself in the third person and working on her next novel.