Open-Source Software is Changing the Face of the Information Age 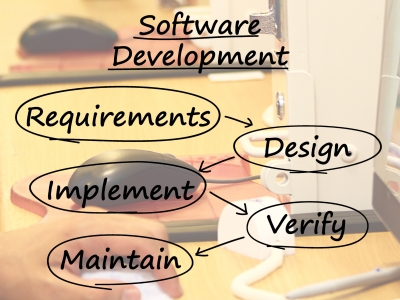 Open-source software, once the domain of serious development enthusiasts, has expanded well beyond its former boundaries in recent years. Rather than a second-rate choice for individuals with cash flow problems, the world of open source has become an inspirational birthing place for formidable and groundbreaking new programs. Rather than thumbing their noses at open-source tech, many major corporations have adopted customized versions of open-source software for business use — and for good reason.

Surprisingly, the number one advantage of open-source software is arguably its open-source nature. Over the course of its life span, any one piece of open-source programming is subjected to an enormous amount of scrutiny. Because anyone can alter the program's code, preferably for the better, the software is constantly debugged, honed and made more efficient.

The advantages of open source go beyond the day-to-day operational prowess of a program and into the security realm. Potentially dozens of developers, all with a vested interest in the software, ensure that any faulty or malicious code is erased from the script before it does any damage. In conjunction with one another, these individuals form a very fluid security squad.

Another advantage of open-source software is its natural globalization during the creative stage and beyond. Software development can be both daunting and tiring, particularly if a team is based on one continent and there is a release deadline to meet. Open-source software is available to developers all over the planet, thus circumventing the usual code-writing fatigue via convenient time-zone-centric work sharing.

Often, critics of open-source software cite its apparent inability to generate a profitable return. Certainly, open-source programs do not engender monetary gain for developers — at least not immediately. What they do, however, is empower. Creative coders get to sharpen their talents, while end users obtain a usable product for free.

With a basic understanding of economics, one can see how a lack of initial outlay on the end user's part might lead to greater and quicker success for entrepreneurs and small businesses. Similarly, talented coders with talents carefully cultivated via OSS may well land themselves prestigious — and well-paying — development positions.

This type of transparent software development may not be new, but it also isn't likely to vanish any time in the near future. Indeed, open-source programming continues to form the backbone of corporate operating systems, games, an array of commercial software programs, and tablet and smartphone apps.

Precisely because of its unsecured nature, open-source software tends to be less prone to malicious code insertion. Bugs are also eliminated in a more expedient way, simply because of the greater number of eyes ogling the code. Finally, while open-source software does not provide its developers with immediate and obvious financial gain, it can frequently provide a springboard to real opportunity.

Paying your taxes in the age of COVID-19: Here's what every Canadia...
news via Financial Post - RSS...

An exec at a $4.4 billion tech company fired a woman then put her o...
news from Markets