Oracle Preps to Take on Salesforce 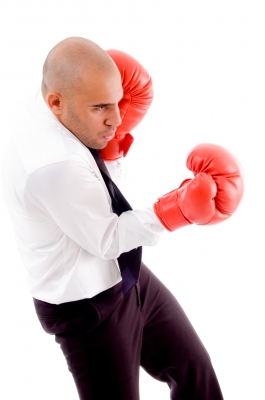 Oracle has announced that it is buying TOA Technologies, a company of 500 employees that makes software for companies that focus on providing field service. Although this move can be seen as a simple expansion of the company's family of cloud applications, it is also a competitive move against Salesforce.com and similar companies. With this acquisition, Oracle is preparing to take on its number one rival when it comes to service optimization.

Oracle's purchase of TOA Technologies for an undisclosed sum is a step forward for its Enterprise Resource Planning cloud apps, which make up the company's financial planning software. This addition just happens to venture into the territory of Salesforce.com, which includes a tool known as Service Cloud for corporations working in the field service sector. According to ComputerWorld, Salesforce.com uses its service to redirect customers to one of three third-party softwares: ClickWorkforce, ServiceMax and TOA Technologies. Now that Oracle has TOA, the competition is likely to heat up. With some of TOA Technologies current clients including reputable companies like DISK Network, Virgin Media and Ricoh, it looks like Oracle already has a head start.

The software of TOA Technologies allow companies to monitor field service requests, monitor inventories and schedule service appointments. The cloud service is made to manage all types of service employees, from repair technicians to delivery employees. According to Constellation Research founder Ray Wang, one of the greatest advantages of TOA Technologies is its algorithms, which optimizes the accuracy with which companies can determine a field service worker's arrival. For instance, if you call a repair company, a company with TOA software might tell you the technician would arrive from 1 p.m. to 2 p.m. rather than a large window like 10 a.m. to 3 p.m. This has provided a huge improvement in the level of customer service quality companies can provide.

Salesforce.com has already spent big bucks on its Service Cloud applications, and Oracle's acquisition has likely cost it a large sum as well since Ellison is known for his big acquisitions according to Business Insider. CrunchBase states that TOA Technologies had raised $92 million, meaning that Oracle has no small software company in its hands.